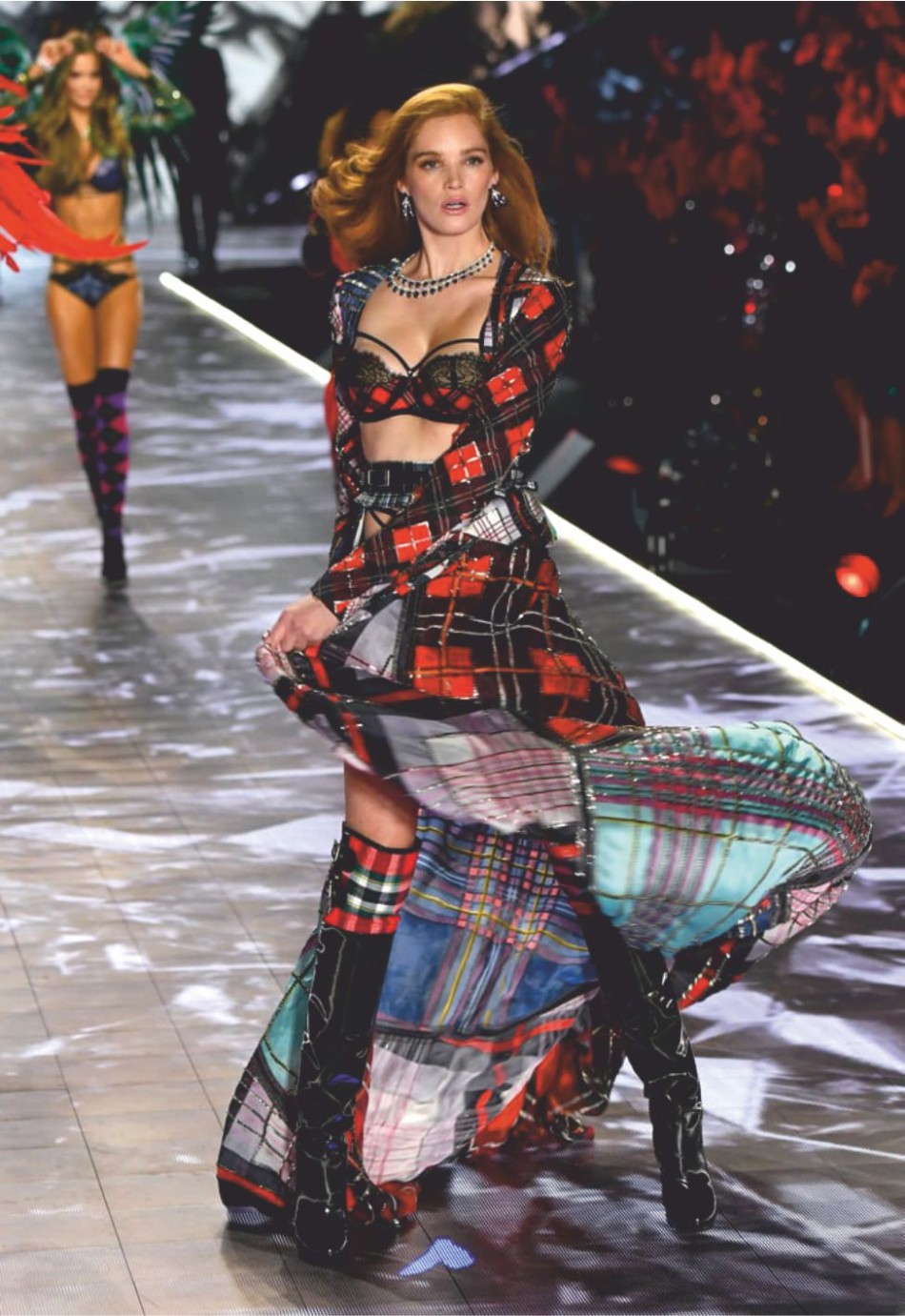 Joining the elite bunch of lingerie superstar is the gorgeous Alexina Graham, who is the first natural ginger haired Victoria’s Secret model. She recently walked the runway with supermodels such as Gigi Hadid and Kendell Jenner setting the ramp on fire.

Hailing from Worksop near Nottingham, the 29-year-old said that she was bullied while growing up because of her flaming red hair. Now, she’s made a powerful statement giving out a strong message to those bullies that redheads can rock the world too.

The stunning model totally slayed it in a tartan ensemble last year at the VS show as she managed a huge floral parachute on the ramp.