Brooke Shields credits her daughters for her swimsuit pictures 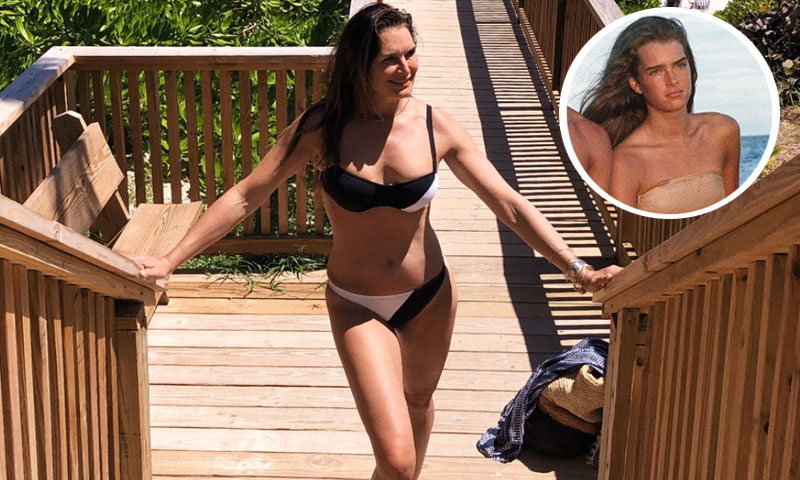 American actress and model Brooke Shields looks hot in pictures she posts of herself in swimsuits. And, the gorgeous lady credits her daughters for them. She stated that the pictures of her beach body, which she regularly shares on a photo-sharing site are because of her daughters Rowan 15 and Grier 13. She said that her daughters say that she works very hard and that she should post her pictures as she also looks good in a swimsuit. Shields also adds that the two had given her confidence to be a little more of an exhibitionist.

Brooke shields also mentioned that what is seen in the pictures is the result of her hard work. The star has trained really hard, just like an athlete preparing for the Olympics for the snaps (2018) that she took for Swimsuits for All, the online retailer. Besides, she has even stopped drinking alcohol and she says that people should understand that her great beach body, which they admire is not without a lot of hard work.

Mondays are always better in a bikini ☀️

Brooke shields does struggle with her body image sometimes, she says that many times, not living up to what others expect of you can be hard and you are labelled as a supermodel and always been told this. So at 53, when you don’t look the way you did when you were 15, she wondered if everyone felt disappointed with that. And, she further wonders how to reconcile with the feelings, and it takes inner confidence to even acknowledge that she was working hard and proud of her two children. Brooke also mentioned that it took her a long time to stop comparing herself to others and it was a big step on her part.
Brooke’s positive and healthy body image is what she wants her daughters to learn and she tries to set a good example for them.