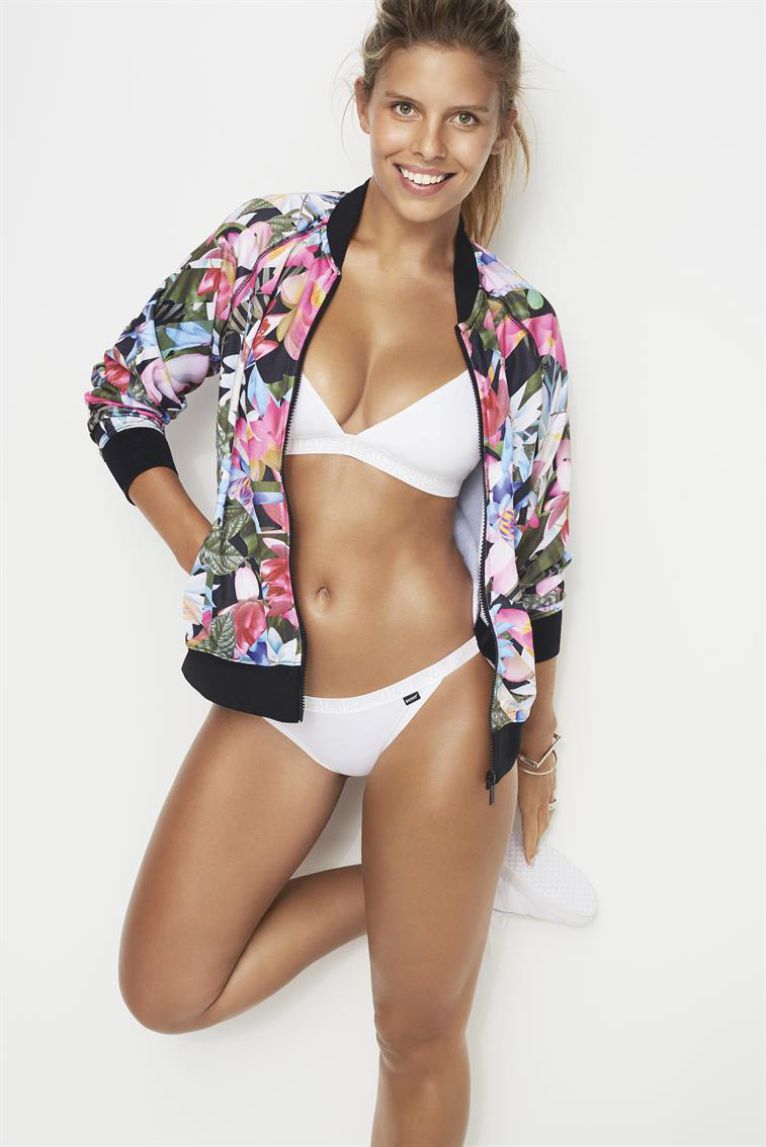 She spends almost 365 days of the year in swimsuits as part of her job as a bikini blogger.

But Natasha Oakley shows off her curves in lingerie as face of the ‘Mash Up Campaign‘ for the new Bonds Hipster range.

The 26-year-old busty babe stuns in the shoot, modelling a number of mismatched underwear sets.

The social media sensation is racy in a lace bra teamed with floral hipster briefs in one of the colourful images.

She also shows her sporty side in a mint crop top teamed with black underwear while she drapes a white sweater around her shoulders.

Tash also shows off her cleavage in a plunging white bra and briefs teamed with a fun floral bomber.

In another image, the blonde beauty’s tan is accentuated by a rainbow coloured bra and blue briefs, and throughout the shoot she wears minimal makeup to reveal her stunning complexion.