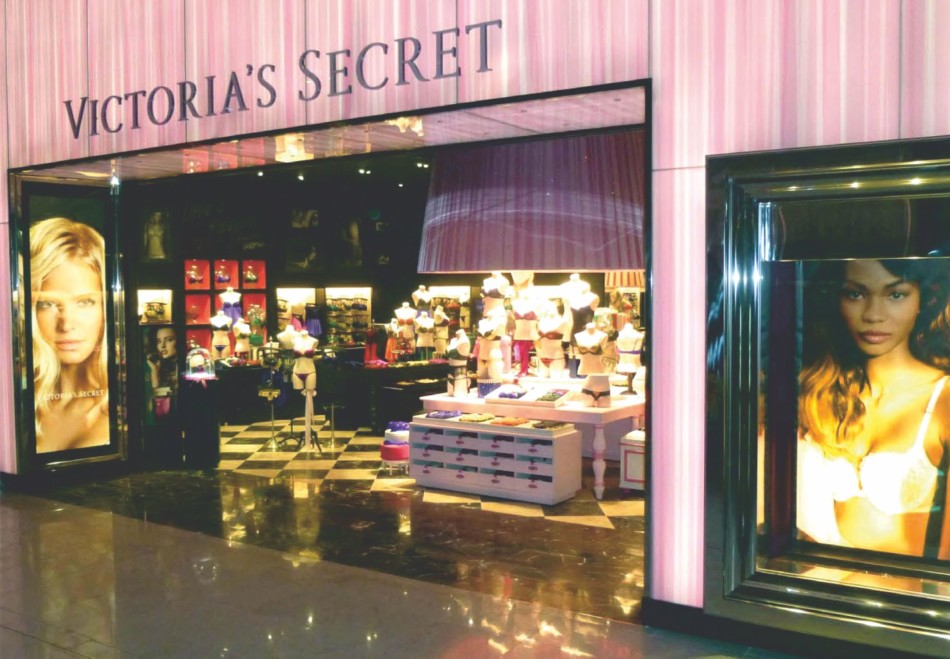 The lingerie market in the UAE has seen a considerable growth in the past few years and is looked upon as a fast burgeoning one in the future too. Several factors contribute to this increase in the market and we look at a report put together by research agency TechSci about the same.

Factors contributing to the growth

According to the report, the UAE lingerie market growth is attributed to various factors such as rising women participation in workplace, expanding product portfolio of the major companies, changing consumer preferences, and the emergence of online retail market.

Women’s buying and spending power over the years has been one of the major factors that has resulted in the growth of lingerie in the UAE. Over the recent years, rising women participation in workforce has increased women’s spending power on personal and luxury apparels. Women’s buying behavior has also changed and the focus has shifted to personal image and appearance, states the report. 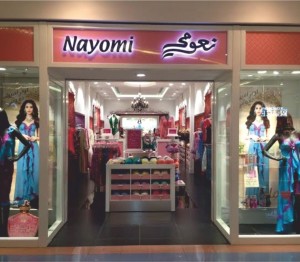 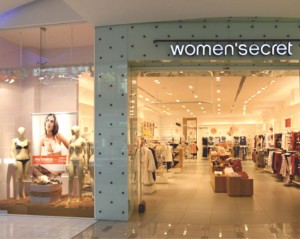 In this too, the premium segment scores well as it is most sought after in the UAE. As per the report, in the UAE, the focus is more onto the products from premium players, which are increasing their reach towards customers by expanding the product portfolio. Besides, it states, availability of lingerie on online portals as well as companies’ captive online portals is further aiding growth of the UAE lingerie market.

The high market share of bra is attributed to increasing women participation in workforce which has increased women’s spending power on personal and luxury apparel. Women’s buying behavior has changed in recent years and the focus has shifted to personal image and appearance, states the report.

L brands Inc., Triumph International, PVH, etc. have expanded their portfolios to introduce various new products to meet the demand for innerwear. The companies have even started to provide strapless bras and even ones with removable straps.

The brands that sell are a mix of global and Indian ones. But, it seems Indian brands enjoy lesser popularity than international ones. As per TechSci, the companies such as Lux Industries Limited, Zivame, Bodycare Creations Pvt. Ltd., PrettySecrets, Clovia, Gokaldas Intimatewear Private Limited (GIPL), Dixcy Textiles Pvt Ltd, and Rupa & Company Limited have presence in the Gulf lingerie market. 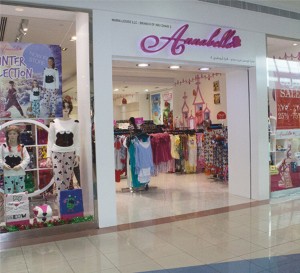 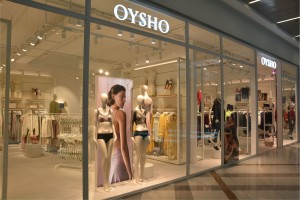 However, these Indian brands are comparatively less popular in the Gulf lingerie market as the American brands like Victoria’s Secret, Jockey, Tommy Hilfiger, Calvin Klein, Hanes, Playtex, and European brands such as Triumph, Agent Provocateur, La Perla, and Cosabella. These international brands already have a strong foothold in the market owing to their strong distribution channel and a vast product portfolio in the region.

The top 10 men’s and women’s brands from Indian subcontinent that are popular in the UAE:

Impediments in their growth

Indian brands do face hurdles in growth compared to their global counterparts and the major impediments in their growth is the high competition from well-established European and American brands and the consumer’s preference of premium products. In the Gulf market, demand for premium brands like Victoria’s Secret, La Perla, etc., is high as compared to the Indian brands like Bodycare, Lux, Zivame, etc. Thus, distribution channel, wide product portfolio and strong hold of European and American brands pose a challenge for expansion of Indian lingerie brands in the Gulf lingerie market, states the report.

So, would Indian brands, in future, enjoy a bigger market share in the UAE market or stay where they are? According to TechSci, Indian brands are not expected to acquire a bigger market share in the coming years due to weak distribution channel and less brand visibility. Also, consumers prefer American brands such as Victoria’s Secret, Calvin Klein, Hanes, and European brands such as Triumph and Cosabella due to quality assurance and high retail presence. Indian brands usually cater to consumers from low and middle-income group while brands like Calvin Klein, Jockey, Triumph, etc., provide lingerie at various price points, catering to consumers from low and medium-income group as well as those with a preference for premium products.

Future growth and factors that contribute

The UAE lingerie market is projected to hit USD651 million by 2024 due to several factors contributing to its growth such as increasing number of products offerings, changing buying habits of consumers, and shift in favor of e-commerce shopping.

Consumer preferences are changing in the UAE, and the young generation women have a strong focus on health and hygiene. Thus, the companies are coming up with new designs and innovative products to meet rising consumer demand.

Increasing income level and sedentary lifestyle pattern is driving the purchase of products online, leading to a shift in favor of e-commerce shopping, from traditional shopping formats.

The reason for this growth is rising women participation in the workforce, expanding product portfolio, technological advancements in products, changing consumer preferences, and emergence of online retail market.

Frederick’s of Hollywood launches its first international store in UAE

It’s known for curve-cinching corsets and sexy push-up bras besides the overall offering being sexy. And, the lingerie retailer that styles itself as ‘the original sex symbol’ recently opened its first international outlet in conservative Abu Dhabi, the Emirati capital. Another store will be opening soon in Dubai as well.

In just few years, the desert nation has become a much-preferred choice of retailers to test their brands globally. The venue thus, reveals about the demand for saucy lingerie in the conservative nation as well as UAE’s retail space. 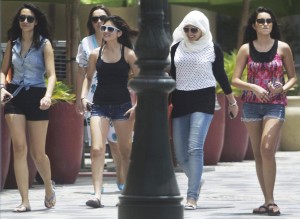 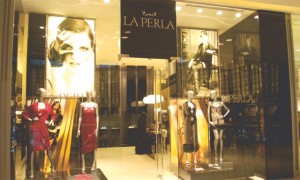 Thomas Lynch, Chairman and CEO of the brand said that this was a very fashion-conscious market despite the outward conservative culture and that they were quite interested in what the brand had to offer. Safeer Establishment, the brand’s Abu Dhabi-based partners are mainly responsible for paying for the brand’s Gulf expansion, said Lynch while financial details are private. He added that the brand was basically offering ‘brand support’ for an arrangement that visualised 10 outlets in the next three years across UAE.

Besides, the UAE has many retail spaces, which are high-quality and very few of the local brands that are popular and that can dissuade retailers expanding into other mature markets such as Europe. Emirates, the nation’s flourishing airlines has turned the USE into global crossroads with its guest workers that include westerners and innumerable tourists in the nation’s shopping malls every year.

This is exactly what appealed to Bloomingdale, which, last year opened its first international store in the biggest shopping mall in Dubai.

Many American retailers find it difficult to translate their brands to Europe as they are for European chains that are trying to penetrate the US market. However, the UAE, it seems has much to offer in terms of a fertile environment and people do have a opportunity to build something here.

According to a recent report by real estate firm CB Richard Ellis, there’s a rise in new retailers, especially from the US, which has taken Dubai to the number one slot along with London when it comes to market penetration for major retail brands. The UAE is in the second spot globally, on the national level, which is only behind England and ahead of the US. 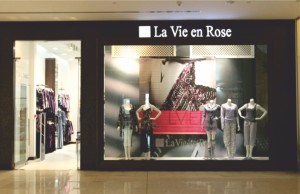 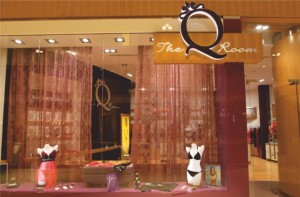 Dubai, being the UAE’s most liberal as well as internationally-connected city, it has traditionally been the first choice of chains wanting to expand in the region. However, due to its increasing saturation, the CBRE expects the international retailers to look at the other nearby markets such as Abu Dhabi, Kuwait City, Qatar, and Doha.

Also, Mr Lynch believes that the customers in Gulf won’t be any different from the one the US as they too are young, fashion-conscious and keep an eye on the happenings and red carpets of Hollywood.

The brand’s Abu Dhabi store offers offers racy lingerie like the ‘Exxtreme Cleavage’ bra including a pair of rhinestone-covered handcuffs, Lynch states that the brand has loads more to offer that also includes shoes and swimwear.