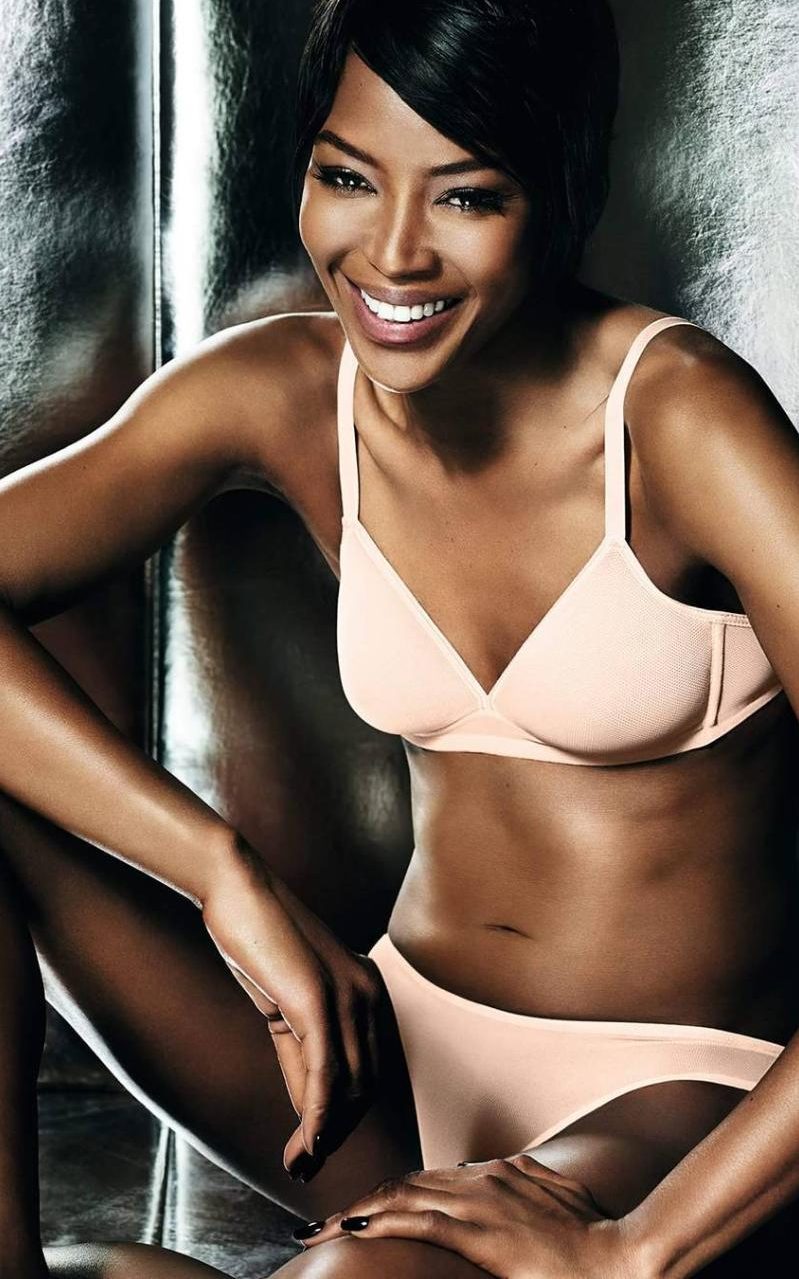 Naomi Campbell just had a drool worthy lingerie  campaign shoot for Italian underwear brand Yamamay.  The 46-year-old, who was one of the most powerful supermodels in the world back in the late 8Os, once again proved that she’s still one of the most celebrated faces in the industry in her latest campaign shoot by Mario Testino shots. In November 2015 Campbell collaborated with the lingerie brand Yamamay to design her own capsule collection of silky robes and luxurious underwear, called ‘I Am Naomi Campbell.’ Lingerie was always a sought after zone for the model as she had been the face for super brands like Victoria’s Secret, Agent Provocateur and La Perla.

This latest campaign hints at a different, softer, side to the model. She has definitely hit a chord in the classy pale T-shirt bra with matching briefs in this new campaign shoot. Both Naomi and the brand Yamamay shared glimpses from the campaign shoot on their Instagram pages.

The ‘Space’ bra Naomi wears is from the brand’s basic collection, and is designed to be a practical fit for women of all sizes. The bra cup is created from two flat layers with a ‘spacer layer’ in between to make it breathable and the stretch in the fabric means it can provide support for bigger sizes.