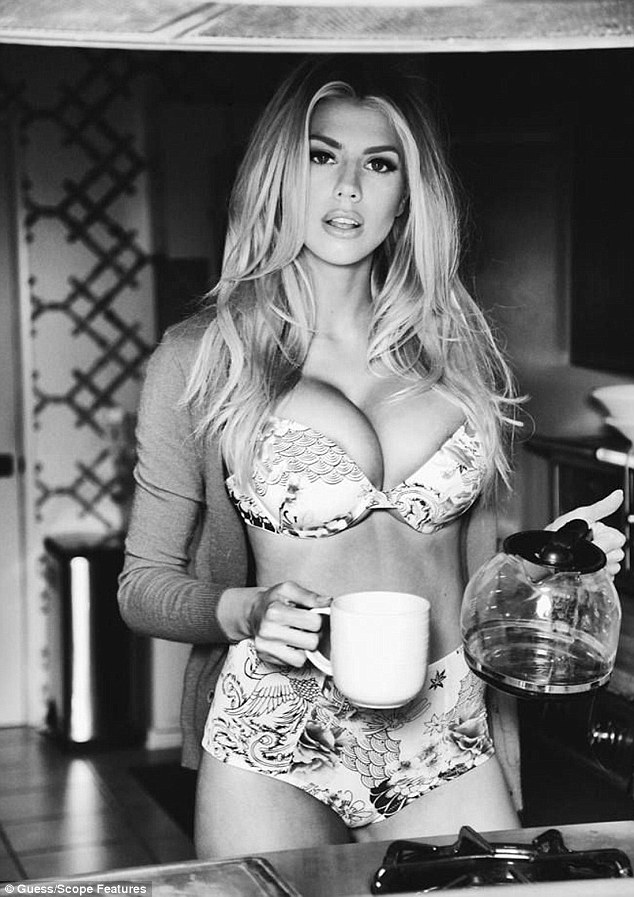 Clad in beautiful floral pieces she flaunts her assets quite generously for the shoot and is tad bit beautiful from every angle too. Charlotte will soon be seen on screen in the new Baywatch movie.

Her blonde mane and tiny waistline adds spark to her curves and completes the look with the right dose of oomph!

Another shot from the Guess campaign sees the stunner gazing into the camera while wearing a pretty bra and knickers set, her ample bust once again the main event.

With a cardigan covering her arms, she pouts seductively towards the onlooker, oozing sex appeal while completing the not-so mundane task of making a filter coffee.

In the Baywatch film she is set to appear alongside Dwayne ‘The Rock’ Johnson, Zac Efron, and our very own Priyanka Chopra – Charlotte’s character is also of a regular model for a popular lad’s magazine GQ in the film , and she is keen to make it as a successful actress and push her career further. 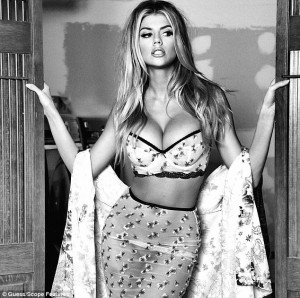