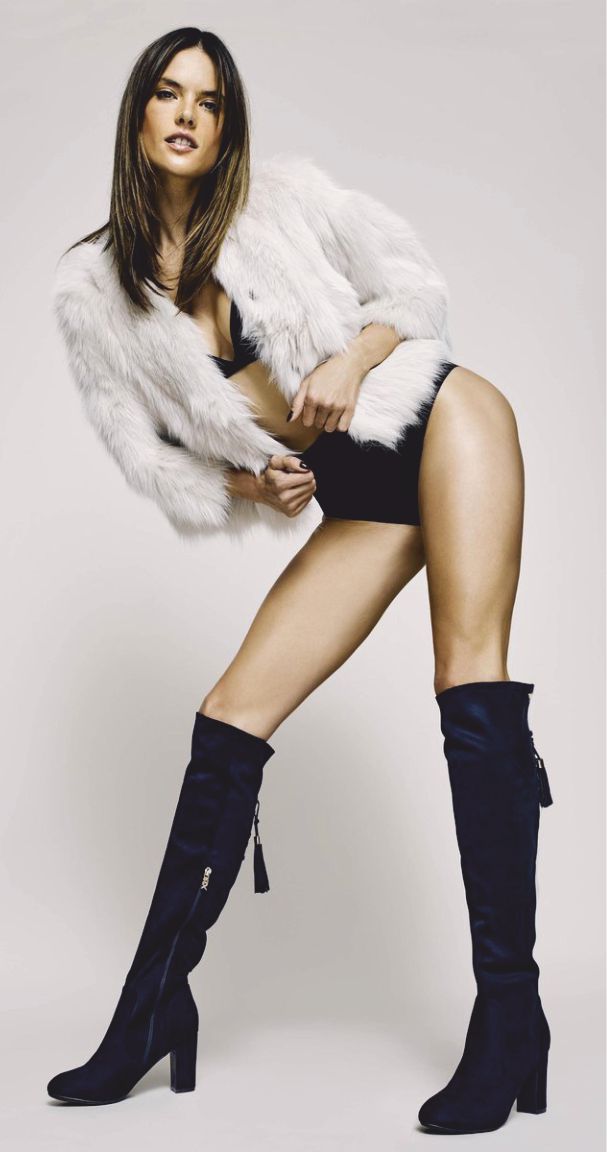 She is known for her sensationally slender physique, having been one of the most famous Victoria’s Secret Angels for over ten years. And Alessandra Ambrosio was certainly confident to show off the body that made her famous, as she starred in a sexy new campaign for Spanish footwear brand XTI.

The 36-year- old, who is the face of their AW/18 collection, displayed her impressively toned abs and tiny waist in a saucy black lingerie set as she fiercely posed for the camera.

The model set pulses racing as she stripped to just a plunging bra and high-waisted briefs, to kick the shoot off in a sexy style.Pulling into a low V, the top showcased her famously ample cleavage for all to see, before cutting off just below her bust to leave her enviably toned abs on show. 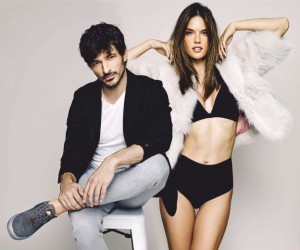 Upping the sex appeal further, Alessandra paired the top with daring briefs, which accentuated her petite waist and teased at her derriere, by cutting high at her rear.
Layering a chic fur jacket on top to make the look more demure, the model was seen posing with a hip cocked, before leaning sexily to one side in racy knee-high boots – to show off her long legs in all their glory.

Embarking on a sexy shoot for the brand, Alessandra later removed her bra top completely and swapped it for just a fur gilet and a white suit jacket, to give further eye-popping glimpses of her cleavage. Proving she could stun in both sexy and sophisticated looks however, the model-of- two also modelled a stunning black mesh frock in one shot, and a soft pink shirt dress in another.