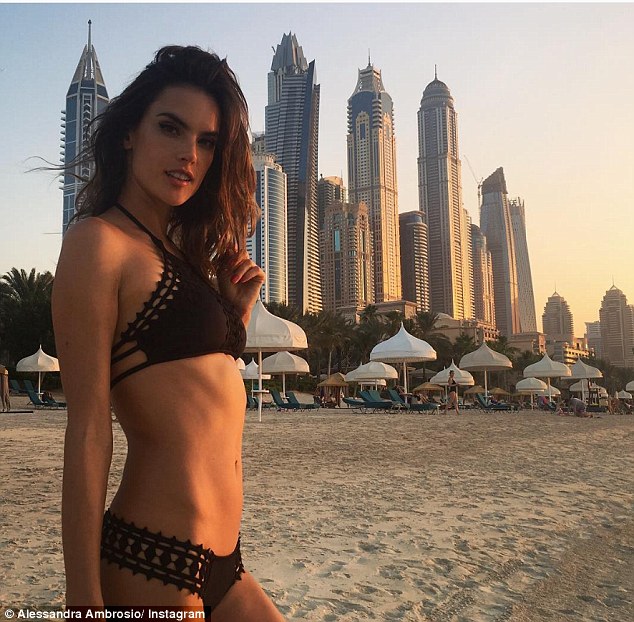 35 year old supermodel Alessandra Ambrosio, has off lately become a fitness freak and she leaves nothing to our guesses, and straight away gives the credit to her new knack for fitness to Victoria Secret! The Brazilian stunner admits that it was just after featuring in Victoria Secret campaigns, did she realize her fitness mantra.

She quickly stated that she never had a knack for dieting or following a rigorous exercise regime, until she began modelling for Victoria Secret. And she certainly is an absolute stunner, when it comes to looking effortlessly charming while hitting the gym.

This mother of two, took her fitness level a notch higher by hitting the gym just after landing at LA. She was returning from the Paris Fashion Show and who would know, that all decked up in a black and white stylish Victoria Secret gymwear, the model will straight land on the treadmill after a exhausting 11+ flight. But this tall beauty was a stunner in her gym avatar and in every way redefined jet lag with style.