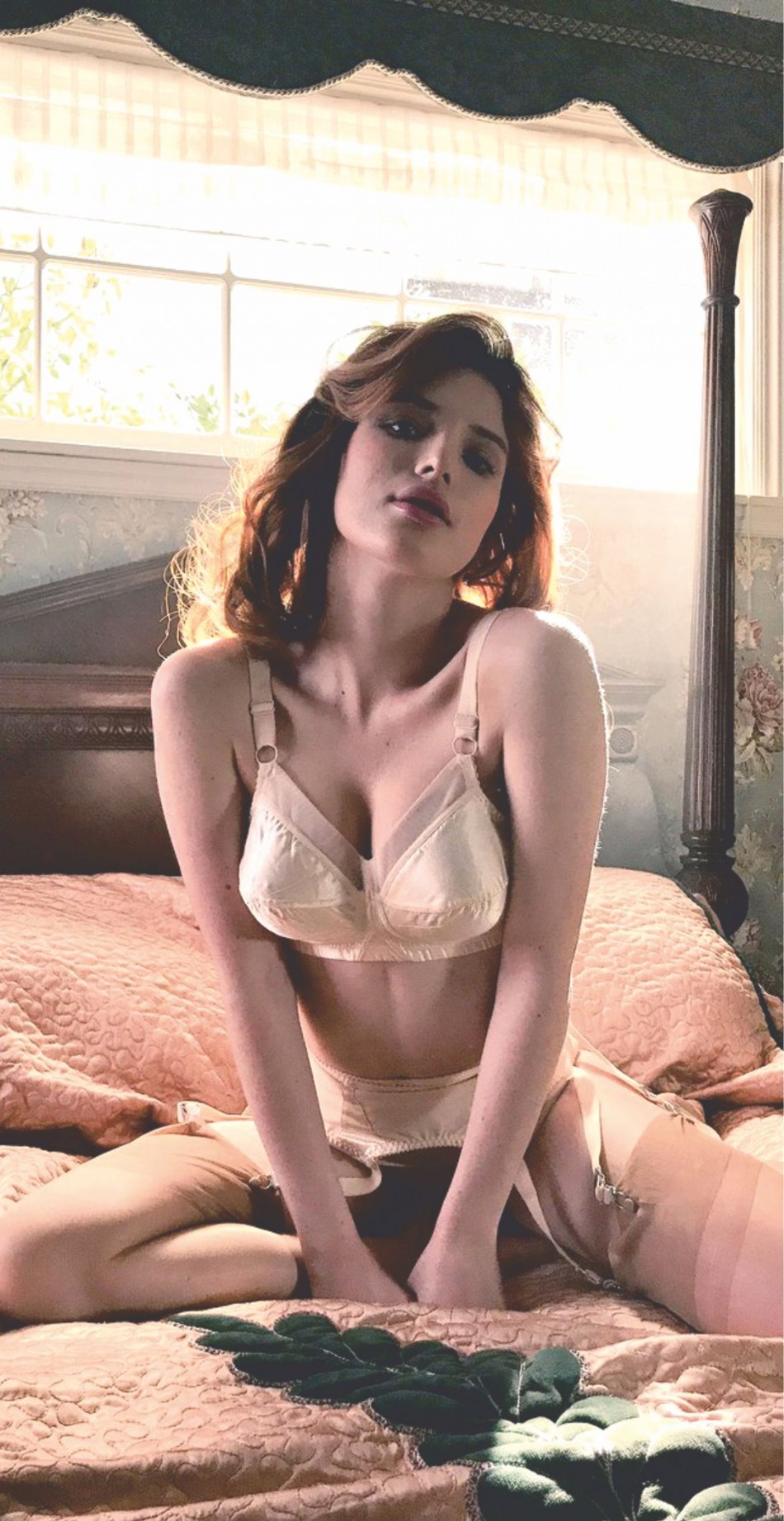 The 21-year-old commanded attention with a daring semi-sheer maxi gown and a striking blunt fringe, as she arrived at the star-studded Surrealist Dior Ball, during the city’s Haute Couture Fashion Week.

Bella certainly turned heads as she arrived at the bash in her saucy floor-length dress – formed of semi-sheer mesh to flash both her bra and high-waisted briefs underneath.

The gown remained demure with long sleeves and pulled into a classically chic bardot neckline, which plunged at the neck to tease at her cleavage.

In even sexier touches, the dress then expanded out into a full mesh skirt, embellished with glittering silver sequins – which gave a glimpse of her enviably leggy figure underneath.

Keeping all eyes on her stunning look, the model accessorised with simple black pointed court shoes and a tiny Dior quilted handbag of matching silver.

However, Bella added an edge to her ensemble with her hairstyle, which saw her brunette tresses slicked back, before falling into a retro blunt fringe.

Tying her look together with metallic eye shadow and a dark pink lip, the beauty was the picture of glamour as she headed out to party after the star-studded fashion show.

Her travels abroad come amid speculation she is finally moving on from ex-boyfriend The Weeknd, after the pair were rumoured to be talking again.

In recent weeks, Bella was romantically linked to Kendall Jenner’s ex-boyfriend Jordan Clarkson, but the beauty was quick to shut down rumours on social media.