A Premium Lingerie brand known for its fashionable and youthful collection dedicated to contemporary women, Bwitch launched in year 2008. Since then, it has been the fastest growing lingerie brand, all credit to the pro-active team backing it. Bwitch adds a new gem to the team before beginning with yet another successful year. 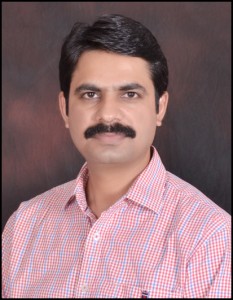 Peeyush Saxena joined Bwitch as its new National Sales Head in December 2015. Along with his vast experience, Mr. Saxena brings in the zest of making Bwitch the “MOST PREFFERED BRAND” of Trade. He has vast experience of more than 17 year in Sales &Operations, worked with renowned National & International brands.
In an exclusive interview with us, Mr. Peeyush shared his view on the
lingerie industry and sales in the country. “The Indian women today has increased exposure and awareness, greater consciousness of Self
Image and enhancement and is fast becoming experimental in her choices. This has become a major driver for change in the Lingerie Market as well” He sees Bwitch Lingerie as the number one brand of its category at most of the chain stores. The team aim to further expand its Traditional Trade and increase Distribution Base across the country.

Commenting on the strengths that Bwitch holds to tackle the current market in India, Mr. Saxena says “Understanding that the current market is fragmented, we (Bwitch) are aggressively moving towards strengthening brand presence in the Market with specific offerings for the premium segment.” “Our focus is to build our size of line, improve customer experience and re-in force distribution thereby building long term relationship with existing and new channel partners to envisage growth.” he adds.

Mr. Peeyush Saxena is handlingEBO’s of Bwitch in India. Also, he’d be looking after the National Chain Stores like like Shoppers, Lifestyle, WestSide, Pantaloons, Centrals & Hypercity, as well as the Traditional MBO’s  or Distribution Channel of Bwitch

We wish him and Brand Bwitch glad tidings for future.