The Clothing Manufacturers Association of India (CMAI) Welcomes the Hon’ble Prime Minister’s decision not to join the Regional Comprehensive Economic Partnership (RCEP). Giving his reaction on the same Mr Rahul Mehta, President, CMAI stated that RCEP was always going to be a double edged sword – with some Industries gaining and others suffering. Even within the Textile Value Chain, some would have benefited and others lost. CMAI believes the Prime Minister has taken the right call given the present precarious position Industry, especially the Textile industry, is in. CMAI compliments the Government for taking a step, which will bring relief to thousands of Small Manufacturers and Traders.

Regional Comprehensive Economic Partnership (RCEP) is a Free Trade Agreement (FTA), which is proposed between the 10 member states of the Association of Southeast Nations (ASEAN) that include Brunei, Cambodia, Indonesia, Laos, Malaysia, Myanmar, the Philippines, Singapore, Thailand, Vietnam as well as its five (previously six) FTA partners—China, Japan South Korea, Australia, and New Zealand. The RCEP is also aimed at strengthening ties among China and others with members of ASEAN. 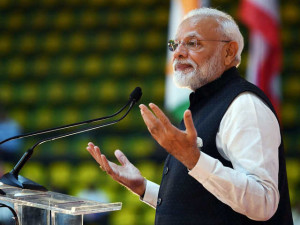 The CMAI also believes that ultimately Industry has to learn to stand on its own and face competition. It is the responsibility of the Government, the Industry Associations, and industry itself, to create the right policy framework, the appropriate platform, and the will to evolve to reach that state. For the moment, it is “Thank you Prime Minister” from CMAI.