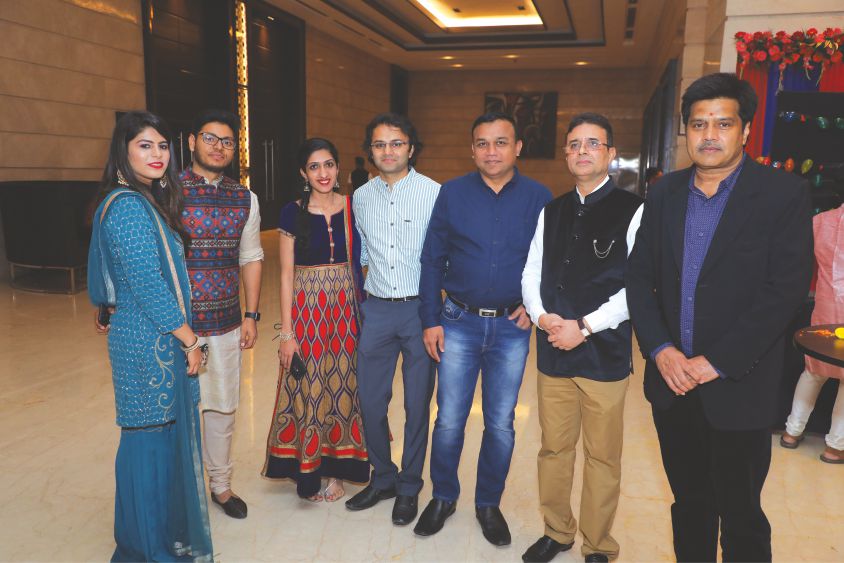 Coming and staying together as a family is always a good idea, for it helps resolve issues, not to mention partaking the joy that comes with celebrating any event together. This was the very objective of the Lingerie Manufacturers Association of India (LMAI), which had organised a marvellous event during Holi, recently. Some of the key players of LMAI are Mr Atul Jain from Zoom Reveira, who is the President, Mr Rajan Gulati from Kalyani, Mr Jitendra Gupta from Nagina, Mr Puneet Mittal from Fair Deal.

How it all started…

Mr Puneet Mittal, while speaking about LMAI said that it was formed about eight months ago, and the motive was to converge all the people of the lingerie industry, whether manufacturers, suppliers, and the vendors together, so that they could provide something new, some new technologies, innovative ideas, to the coming generations.

Speaking about how they were different from the rest, Mr Puneet said, “We differentiate ourselves in a way that we are keen learners. We want to learn new things; we don’t claim that we know everything. We want to give something to our coming generations. That’s why we’ve planted this seed of LMAI, so that one day it will become one big tree and the whole lingerie industry will come under the shade of this tree. The motive is that it’s a lingerie association of India, not of Delhi, or any other city, etc. Currently though we’re manufacturers from Delhi who are a part of the association. We, over here meet frequently and have a good bonding and this idea germinated here; we thought we should form this association, should start working on the ailments of the industry so that we can resolve and rule out any ailments.”

Mr Puneet adds the major reason was GST, which has been a major breakthrough in forming the association and helped them come together. “We had held a seminar in Delhi in Siddhartha Hotel in the month of July last year with regard to GST, where most of the industry people came together, over 300 people were present at the seminar. How to implement GST, the procedures, the laws, rules, etc., was covered in the seminar. That was the first function organised by the LMAI,” he stated. 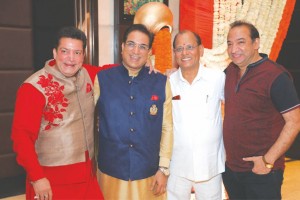 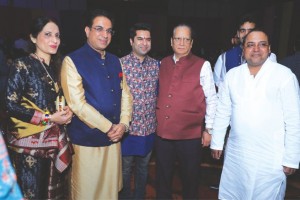 While this is a very good idea, but there are several trade fairs that get the industry together. Elaborating on that Mr Puneet said, “We are the old players in this line and we have been attending seminars, etc., during such fairs. Our aim is that such fairs should not only be organised in India but also outside the country so that we can take others, who are not a part of the LMAI, together.”

Adding further about LMAI’s objective he says, “We want to go global; the Government of India has the MSME programme and we had asked them for some discount (they offer about 25 per cent) for us to go abroad and attend seminars and meetings there. Even small countries like Sri Lanka and Bangladesh are better than us in terms of technology and when are talking about lingerie, these countries are far ahead of us. We can’t compare ourselves to China. We want to compete with the world. When countries such as Sri Lanka and Bangladesh are ahead of us, why can’t India do it? India is a big country with a great GDP but it lacks behind where lingerie is concerned. We have to move forward and we will move forward.” 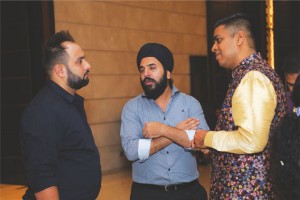 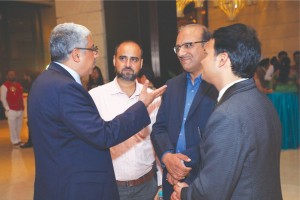 Many shades of celebrations

Besides, it was not only the trade people who were present, even families attended the event and as it was Holi, there were cultural programmes organised as well. “It was really awesome; earlier we weren’t sure how many people would attend because of exams, but people came with their families. This was the first time we had organised a Holi Milan programme with families. I think such a programme was organised in India for the first time by any association that included families. LMAI’s objective is to go cultural, social, industrial, and not only be industrial. It’s not only about business; our aim is the overall development of the industry. The aim is to get the trade people together with their families. Almost more than 125 people were present at the event including the suppliers, manufacturers, etc. We celebrated the people of the industry who had been instrumental in their contribution to the industry. We felicitated them on the stage with a momentum and everyone was very happy. Nobody had earlier recognised their efforts for the trade. In the lingerie space this was the first time they were getting recognition. Earlier, there was a sort of war in the industry; nobody wanted to stick together, nobody wanted to interact. We wanted people to come together and gel and forget all the acrimony; the lingerie industry is very huge and we haven’t even captured 50 per cent. There’s a lot of space in the industry, a lot of scope to expand, as much as you can. So, we wanted people to come together and everyone who attended the event could see that how friendly we were.” 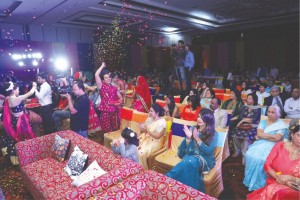 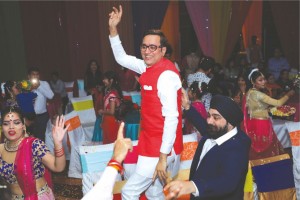 Mr Atul Jain from Zoom Reveira, who is the President of LMAI stated about the event, “Our expectation was to get the entire industry under one roof and our main focus was to get all the families together under one roof. Our material suppliers from Delhi, Mumbai, Ahmedabad, Surat, Kolkata, etc., were all present along with their families. Also, our related brands also were under one roof. Interacting with one another is important. For any organisation to move ahead it is important that there is an event where people come together and connect. So for that the association needs to continually work only then people will come together. Even the event we organised in this association, we didn’t go to anyone for funds; people came forward on their own and contributed according to their wishes and everything got organised on its own. People appreciated and felt that such programmes should keep happening.” 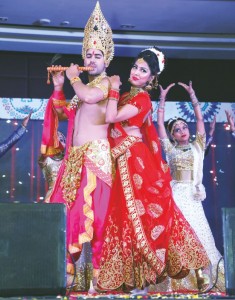 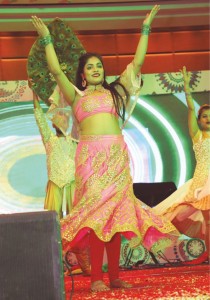 A cultural treat for all

While explaining about the cultural programmes, Mr Puneet said, “Our theme was not Bollywood; it was Radha-Krishna Phoolon ki Holi. The event was during Holi, so our theme was that we would play Holi with flowers, i.e., Brij ki Holi, just like Radha-Krishna would play during those times. People enjoyed a lot; there were 5-7 performances and over 50 people performed at the event. Also, we did not have any alcohol at the event at all.”

Moreover, they fecilitated people who had contributed to the industry, which was like a cherry on the cake for everyone. “Our Chief Guest was from Ginza Industries Ltd., Arvind Sethia, who are the manufacturers of SOIE brand of lingerie, Mr Neeraj Shah from Bhoomi Textiles, Ahmedabad, Mr Aman Saluja from Sahiba Ltd., Surat,  Mr Sanjay Tayal from Krishna Technologies, Mumbai, Mr Vikram Bagrecha from Komal Tex Fab, Mr Raju Kotak from Kotak Overseas, Mr Anil Baid from Sachinam Fabrics, Mr Milan Seth from Screen Art were all felicitated,” said Mr Puneet. These nine were the major ones felicitated among others. 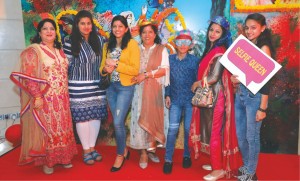 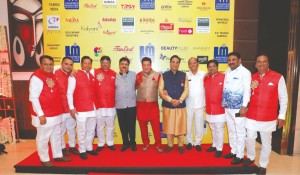 Mr Ankit, Magpie too expressed his happiness on the success of the event and said, “The event was tremendous; it was first of its kind…the Holi celebrations led by the LMAI team were great. It was a proper gathering of famous brands and suppliers of raw materials to come under one roof to celebrate the function of Holi in a friendly manner. Before, we were unsure about how the event would turn out, but the result was excellent…like passing another exam. And the turnout was great as well and I interacted with every person who came to be a part of this function. Everyone came with their families, and even all the brands were together. It was one stage for everyone to meet. Even we can’t meet all our customers in a lifetime; we can meet only in a span of five to six months or a year. So, this was a great initiative by the LMAI team to get everyone under one roof. It’s an industry event as everyone belonged to the lingerie industry but families were involved too. Because, if only one person from the industry goes for an industry event, his perspective is different, but with the family, the outlook changes. Our wives have made friends now. So 90 to 95 per cent people were responsive. We’ve received innumerable compliments, from Mr Sethia of Ginza industries Ltd., Mr Rakesh Grover, Mr Sanjay of Bodycare, Mr Shah of Bhoomi Textiles. They called and expressed their gratitude; so it’s a very big honour and we are very much affected and excited to organise such events in the future as well.”

Mr Rajan Gulati, Kalyani, too was quite elated about the outcome of the event. “Overall, the function was great as it was a family gathering, so it turned out to be great. We had organised it accordingly and whatever were our expectations while doing this was fabulous. All our suppliers, contractors, everyone to get under one roof and everyone liked it. Our objective is to stay connected and stay together and resolve the industry’s problems. When people are near each other, it’s easier to resolve issues as we can discuss and share with each other.” 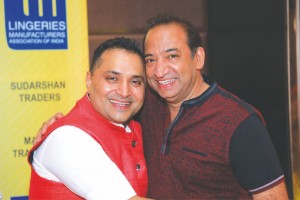 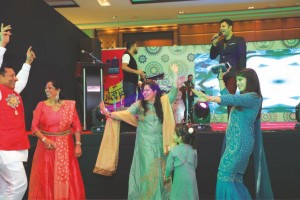 Elaborating on future plans Mr Puneet states, “The baby is just born and soon it will start crawling and later even running. Definitely we will be organising such events in the future. And we’ve a very good reason for that as currently we’ve put up a proposal to the UP government for 100 acres of land for LMAI. The government will put up the industry on it, we will take workers there and provide home, education, etc., to their families; we want to create a township for them. LMAI want to do something for the workers, for the country, and for the industry. We are at a very primary stage with the proposal, but that is the dream and vision of LMAI. We want to provide employment to the workers and better conditions for their families. We want to go global, reach different parts of the world and participate in events there, learn from the technology, etc., from abroad. We want to manufacture products of international quality and standard.”

So, to conclude, we can say that the formation of LMAI itself is to bring the entire industry together and stay like one big family and resolve issues that affect the industry. Besides, the lingerie industry in India is quite big with tremendous scope for growth and this association aims to grow and take the industry globally leaving their footprints on the world map. 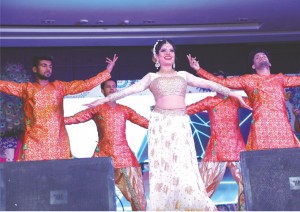 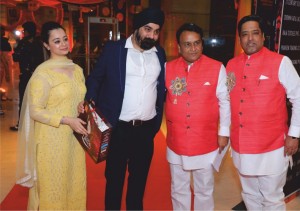