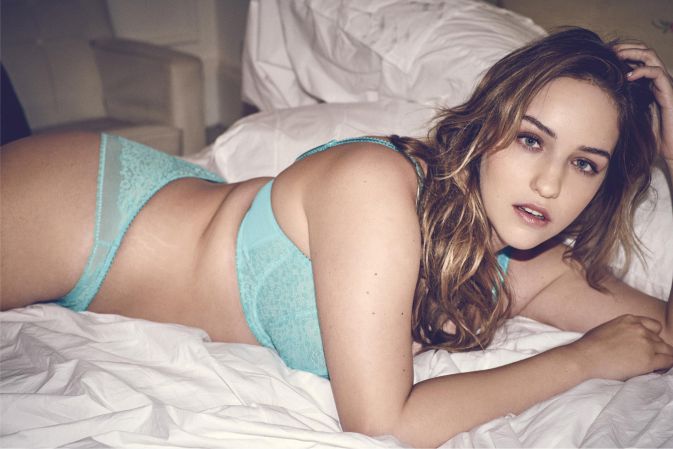 Joann Van Den Herik, the cousin of popular models Gigi and Bella Hadid, is the face of Debenhams’ UK campaign of their DD+ lingerie range. Van Den Herik, a plus size model from Netherlands, will soon be seen in her first UK campaign while donning the brand’s lingerie line.

A firm believer in ‘body positivity’, she often posts pictures of herself on her account on a photo-sharing website in perfect poses; incidentally, she has 58,000 followers on the site. Van Den Herik, however, aims to give out strong messages about loving your body the way it is. She feels it’s important to portray to all the youngsters that size doesn’t matter and that each one is perfect the way they are. And, she believes that it shows in her work as well as on her social media account. The spunky model admitted that she did struggle with her body image and was obsessed with losing weight at one time because of experiences about body shaming and bullying. However, she said that she realised soon enough that her body was great and that ‘perfect’ itself didn’t exist.

Eventually though, she decided to accept her curves and made a foray into the world of fashion and modelling and promote a positive and healthy body image. Besides, she’s anti retouching of photographs and her pictures of her first UK campaign too are not Photoshoped.

Debenhams, on the other hand, is delighted to have her on board. The brand believes that Van Den Herik’s body confidence and positive attitude is quite inspirational and would resonate with many of their customers.