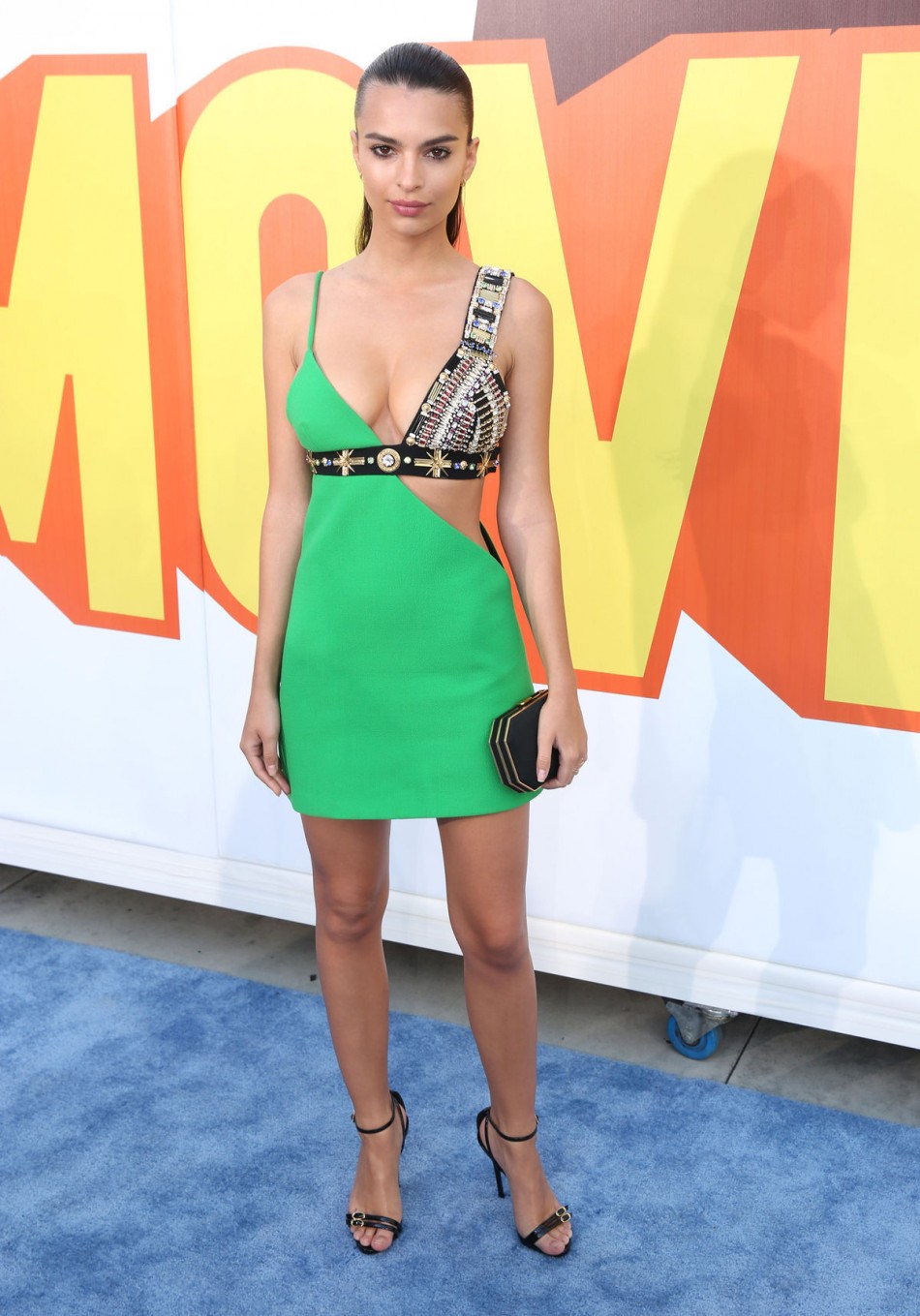 You’d be forgiven for thinking Emily Ratajkowski, 23, had two different stylists with two very different agendas.
On Sunday, the Blurred Lines star and actress arrived at the MTV Movie Awards in LA wearing what appeared to be the result of one stylist gunning for a simple green dress, while the other wanting a bejeweled female gladiator.
It was in fact one dress by Fausto Puglisi, and both sides of it showed a generous amount of cleavage.

The model-actress’ exposed bosom was hard to miss around the color-contrast bodice that featured an elaborately styled black, silver and gold bralette.
Her short dress was cut rather provocatively, as it left her body bare in a diagonal direction from one side of her chest down to the waist.
Making the look all the more alluring, the knockout pulled her brown tresses back into a tight ponytail and she had on a heavy-handed touch of eyeliner and called attention to her full pout with a pink lip color.
Sleek, open-toe black heels completed the sexpot image.

In January Emily was named the face – and body – of H&M’s spring lingerie, and has another acting gig in the upcoming big screen adaptation of HBO’s Entourage, co-starring Adrian Grenier, Jeremy Piven and Kevin Connolly, in theaters on June 5.