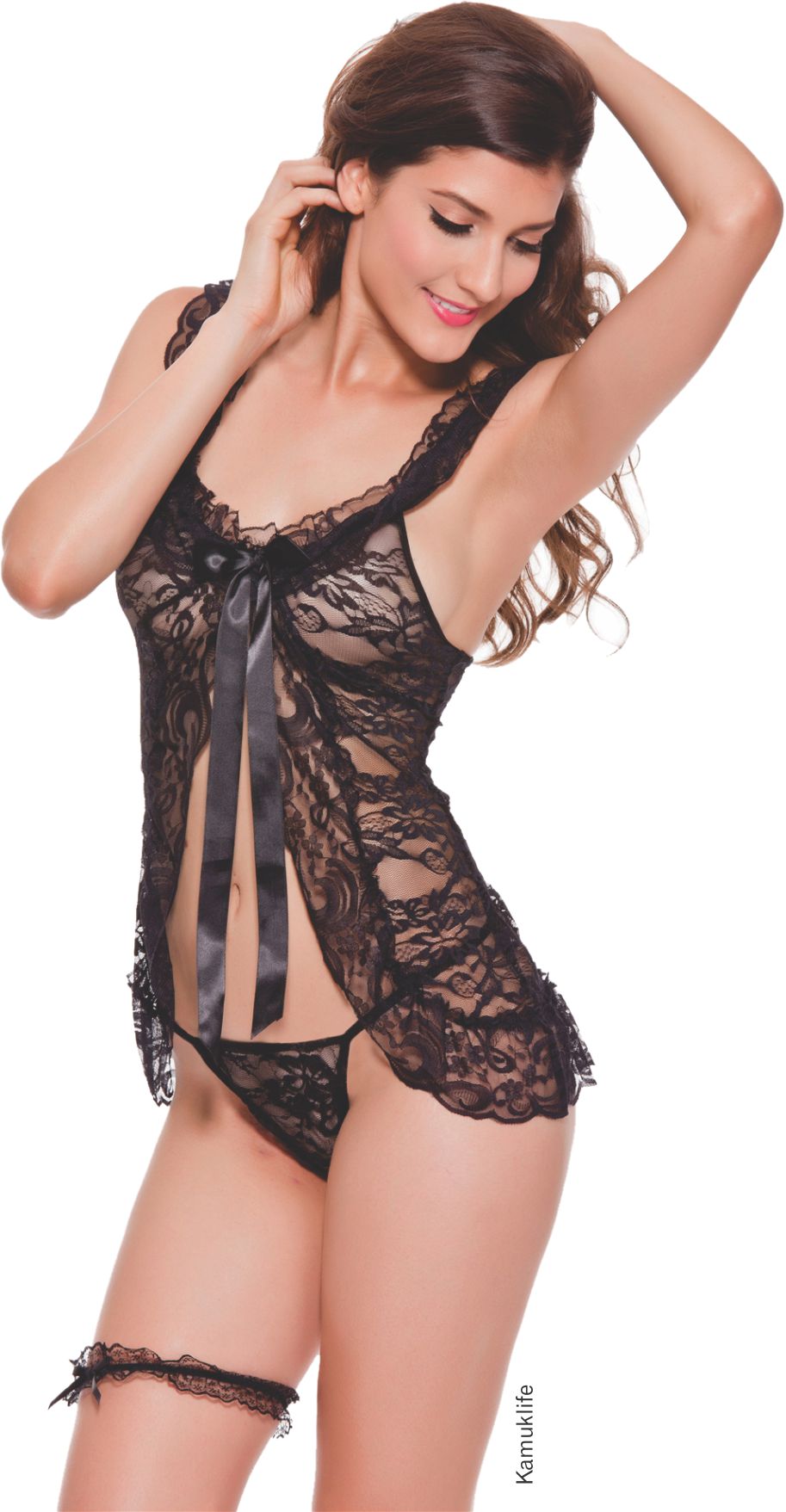 Lingerie has always been that important piece of innerwear that is considered as a bare necessity. Over the years, though, this significant clothing in the wardrobe has changed from being just a need to a necessity.

Yet, In India, there is a definite market for this and with the advent of technology and the online space growing rapidly, it’s easy to access these products without any hitches.

It is all about the price points

Begins Mr Dharam Nathwani, Owner, La Lingerie, “As far as exotic lingerie is concerned, if we talk of undergarments, there is a vacuum in the market yet, but in the last three years we’ve seen a change in the market after the onset of the online stores. People keep looking for offers and the new generation is not ready to spend on good lingerie, so the price point has become a big issue. Second, in the sleepwear segment particularly, in exotic sleepwear, there is a drop in sales because of the pricing. The new generation does not want to have the regular sleepwear; they are into shorts, spaghettis, they do not want to be seen in gowns; so there’s a generational shift in that. Thirdly, we are seeing that the attitude of the new generation is different. Earlier, women used to wear erotic lingerie for their husbands; but the new generation does not care about all this. They believe in comfort now, so it’s more about shorts, capris pyjamas and spaghetti, etc.” Also, too much of exoticism does not sell.

He adds, “Now more men are buying exotic lingerie but even they want the price point to be within INR 600-1500; so, there’s a total twist in the market.” People go for unbranded products more because of the price points, though the quality matters, he adds. 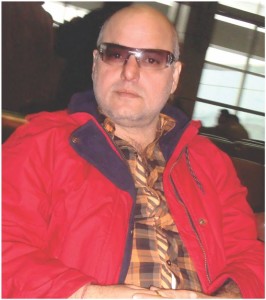 Mr Raju Narwani, Owner, brand Midnight, agrees and states, “When I started in 1994-95 with the brand Midnight, we had very good sales and now it has dipped greatly. This is because, now, the price of this fancy nighty (also another term) starts from a mere INR 600 onwards and people don’t want to shell out that much.” 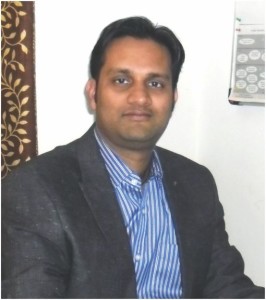 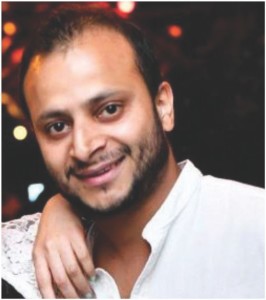 Mr Manu Pathania, Founder and MD, N-gal.com, says that their portal offers bodysuits, chemise, teddies, sheer babydoll dresses, thongs, nightwear lingerie comprises of bra and panty sets, G-string, etc., in this category. They’ve also dealt in C-strings in the past but not anymore. He also agrees that the pricing is what matters the most now and customers hardly pay attention to quality. 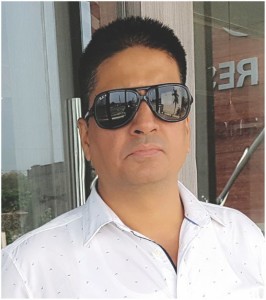 Mr Nadeem Khan, Owner, Gemmy, The Lingerie Shop, in Asansol, West Bengal, says, “The price point is within INR 1500, not above. Products above INR 1500 have stopped selling. Now, people are over-price conscious. They think this lingerie would be used once or twice and so would not spend as much.”

Mr Nathwani however has a different take on Online. He feels, “People are being taken for granted by the online stores; portals are displaying pictures of international models donning brands, but are selling fake ones. A price range of about INR 400 for a bedroom nighty or teddy is just not possible.” He states that they themselves have ordered online at times and checked the products, which, he says, are duplicates.

And as far as La Lingerie is concerned, it does not use fake models and though they import as well, there’s quality control. They sell offline, not online and are the licensee for some international brands, and of course Suman Nathwani, which is a brand in itself. “The product range would be anywhere between INR 8000-10,000 for a single nighty,” adds Mr Nathwani. 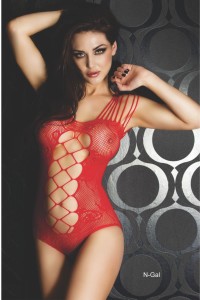 Mr Pathania agreeing with Mr Nathwani on the rise in sales of exotic innerwear online than offline says that now this type of lingerie sells 7-8 times more compared to five years ago. “One reason is the population that has reached adulthood. As far as e-commerce goes, there were a lot of websites launching and shutting. That period of trying and testing and moving out of the business is over. Now it is very straightforward; it’s either Amazon, Flipkart, and few other websites where you can send these kind of products and if somebody wants to open a website now, I don’t think there is a market share for them anymore.

Hence, people who settled in the business in the last five years, still remain and still cater to the customer needs, but new businesses and new product lines will not launch. So, the customer will be restricted to buying from these websites and also they will not have a lot of choices. As people don’t want to experiment with the market, because that kind of profitability is not there in the business,” he explains.

He says that this is with respect to online only as offline he does not see many stores doing this and they won’t experiment and bring in new products. “I don’t see any exponential growth in this segment in the next five years that we’ve seen in the past five years. But there will be growth because of the increase in population; the graph will stabilise and slowly but will also grow gradually,” elaborates Mr Pathania.

Major concern among the consumers is discrete packaging and sizes. Earlier it was Chinese products that ruled the market, some five years earlier they had a market share of almost 70% which has come down to 50%. But they are still prominently available online and in MBO’s. They are exotically packed and photographed and have a high pick up value and they are displayed quite strategically at prominent locations so as to catch the customers eye. Even the very exotic nature of this segment has come down quite a bit according to some retailers 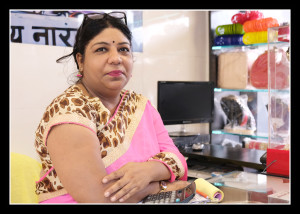 Mrs Pooja Khatri, wife of Tej Prakash Khatri and Owner of Page 3 store Lucknow, mentions, “Indian brands such as Roopak, Jinal, Naughty Girl do manufacture babydolls and bedroom nighties in the price range of INR 500 to 2,000.

Mr Nathwani agrees with Mrs Khatri and says, “There are queries about quality, so we do sell brands and the unbranded ones are the local brands in that country, which are quite strong and we bring those in from the international market. Hence, we do have quality-control and they are cheaper.”

While the sale in this segment seems to be growing online and dipping offline, the demand, it seems has increased over the years. Mrs Khatri says that demands have gone up and so has the market value, while people’s purchasing power too has increased now in this space. 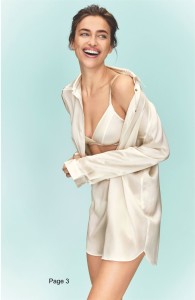 Mr Khan also believes that the main thing in this kind of lingerie are the designs and the fabric and also the fact that it should be comfortable and affordable. Basically, he says that this segment is viewed like a commodity and sells like one. So, even if largely, customers may not be brand conscious, they are price-conscious and seek value for money. 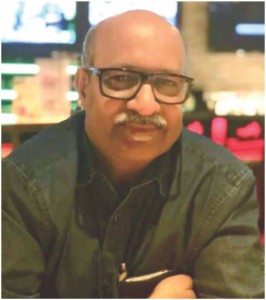 Mr Gupta too concurs and states, “This market has certainly grown from basic babydolls to bolder and sexier styles, which clearly shows that people are looking for tools to improve their sexual wellbeing and overall quality of life.”

According to Mrs Khatri, as she stated earlier, people have more purchasing power now but also they are influenced by the fashion in movies, which has a great impact on them. Now, people want to be more westernised and are more educated, thus more open minded. Besides, social media platforms have had a big influence too and people like to take pictures of themselves and post on social media,” she says.

Previously, she says, customers would pick what was shown to them but today, they come with pictures of products in their mobile and ask for them. So, they know what they want. Besides, she adds that now there are more designs in the market than a few years ago and all products are easily available now, which was not the case earlier.

Mr Khan says that the segment is growing and in the last five years there has been a 20-25 per cent growth in it. Agreeing with Mrs Khatri, he says, “Indians follow the West and people go abroad for their travels; so they are exposed to different things and hence they want to ape them here. Also, disposable income is a big reason for demand and growth. Youngsters work in the summer and winter holidays and hence have easy access to money and can spend as they wish.”

Contrary to what Mr Haria feels, Mr Vasisht is of the opinion that the craze for this type of lingerie has no doubt increased, but earlier where there was more demand for exotic bras and panties but now it’s more for sexy nightwear.

Differing from the rest, the spokesperson from Betty Group though, feels that that the market was better five years ago. “Earlier, for instance, there was one brand from China and now there are several other brands from China available as well. Mr Pathania feels that the market has undergone a great change since 2012. It was a time when e-commerce entered in India, today it is in a mature stage and offers stiff competition to MBO and LFC combined

Like many from his ilk, who seem to have missed the bus Mr Narwani believes that there is hardly any growth in this segment. Earlier, when he started in 1994-95, he says, there was limited stock kept, but the products were of very good quality. Yet, according to him, the exotic lingerie space comprises of about 25 per cent of the overall lingerie market in India where it was 50 per cent when he started out. 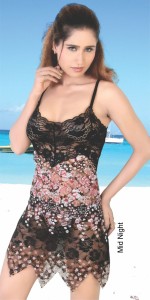 For the Online, majority of the sales comes from metros, followed by Tier 1 cities and so on. The consumption pattern and the awareness pattern clearly show the urban milieu is still gunning for hot lingerie in all hues.

When it comes to the age group, most people in the trade stated that this type of lingerie is in demand in the 20-35 age group and at times even till the age of 40.

To deduce, we can say that though the market for exotic lingerie in the country may seem small, there is a definite demand for it and while it is growing online, the offline sales of the same has dipped through the years. One major reason for this, according to us could be the anonymity as well as the comfort of shopping even while on the move.