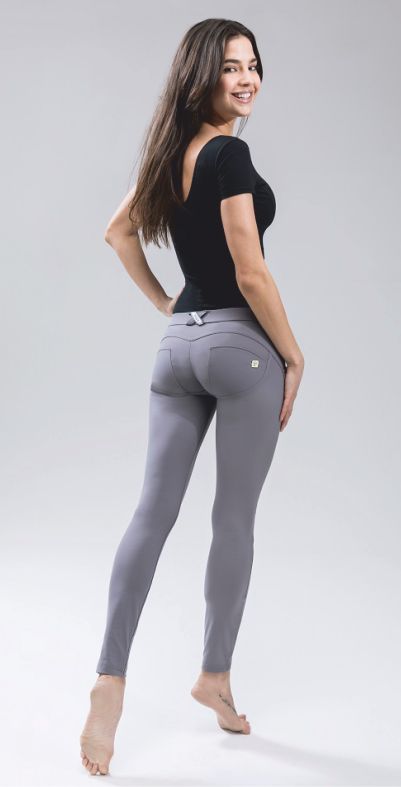 A sportswear brand, Freddy has selected Emana smart yarn technology for its Spring-Summer 2018 collection. As a result of the combination of the WR.UP patent and the D.I.W.O (Dry In, Wet Out) fabric, both developed by Freddy, this shaping garment range now includes a new technology, thus expanding the offer of garments called D.I.W.O. Pro: the WR.UP jersey trousers characterised by a unique shaping effect, available in five models, plus one lingerie garment called WR.UP Underwear.

Emana is a Far Infrared (FIR) yarn made from polyamide 6.6, developed by Global Business Unit Fibras of the Solvay Group, then manufactured and distributed in Europe exclusively by Fulgar. When in contact with the skin, it is said to interact with the body and improve blood micro-circulation. According to Solvay, several clinical tests have shown that Emana offers sportswear and cosmetic benefits.

With the bio-active minerals incorporated in its composition, it takes advantage of natural heat from the body and returns it in the form of imperceptible infrared rays, generating numerous benefits including improvement of skin blood micro-circulation, enhanced skin tone and softness, and reduction of skin imperfections and orange-peel appearance.

Far Infrared Rays (FIR) are electromagnetic waves that are invisible to the naked eye and are characterised by low energy and penetration that does not provoke any collateral damage to biological tissue. The FIR waves are stimulated thanks to the strong interaction with the water molecules, which make up 70 per cent of the human body’s mass.

According to the manufacturer, the advantages of Emana (optimal if the garment is worn at least six hours a day for 30 consecutive days) remain unchanged even after an unlimited number of washings. “It is also worth mentioning the transpiration effect of the D.I.W.O. (Dry In, Wet Out) fabric, patented by Freddy, which makes it easier for perspiration to evaporate,” the company comments.