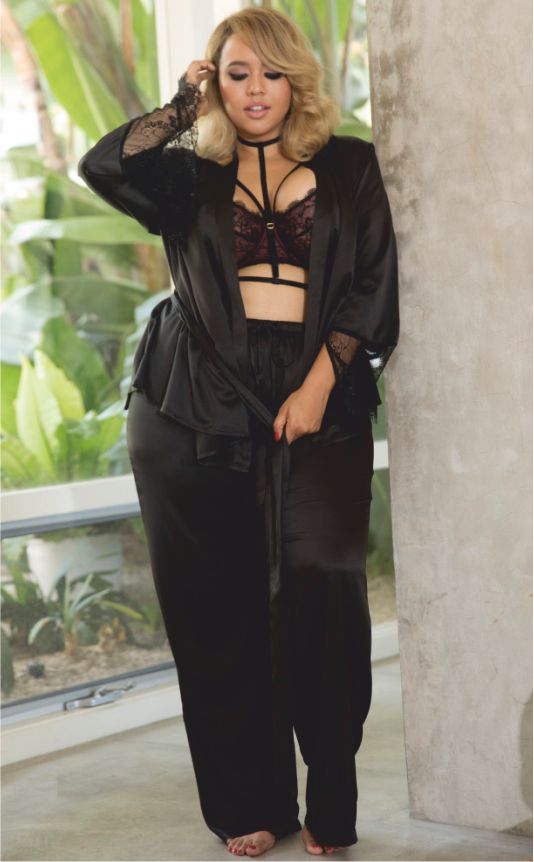 with her best friend and fellow curvy ambassador, Nicollette Mason.Gregg is also teaming up with U.K.-based intimates brand Playful Promises on a capsule collection of plus-size lingerie called Gabi Fresh x Playful Promises. And it really is one of the most inclusive ones out there: Bra sizes range from 36B to 44I, while briefs and pajamas are available in sizes 12 to 24.
The price point isn’t too shabby, either—all the pieces in this collaboration are under $50.But Gregg known to most as GabiFresh had to fight to carve out a space and voice for fuller-figured women in the fashion industry. When the retail world turned its focus on influencers, she says, thinner bloggers were the only ones approached for brand and designer collaborations. Meanwhile plus-size bloggers, such as Mason and Greg, who have combined followings on Instagram of almost a million people, were largely ignored.

Gregg had already spent a decade cultivating an engaged community of style-conscious, curvy women who felt largely excluded from the clothing industry on her blog. So when she began collaborating with brands and working on her own line, it was crucial that plus-size women were integral to the conversation.