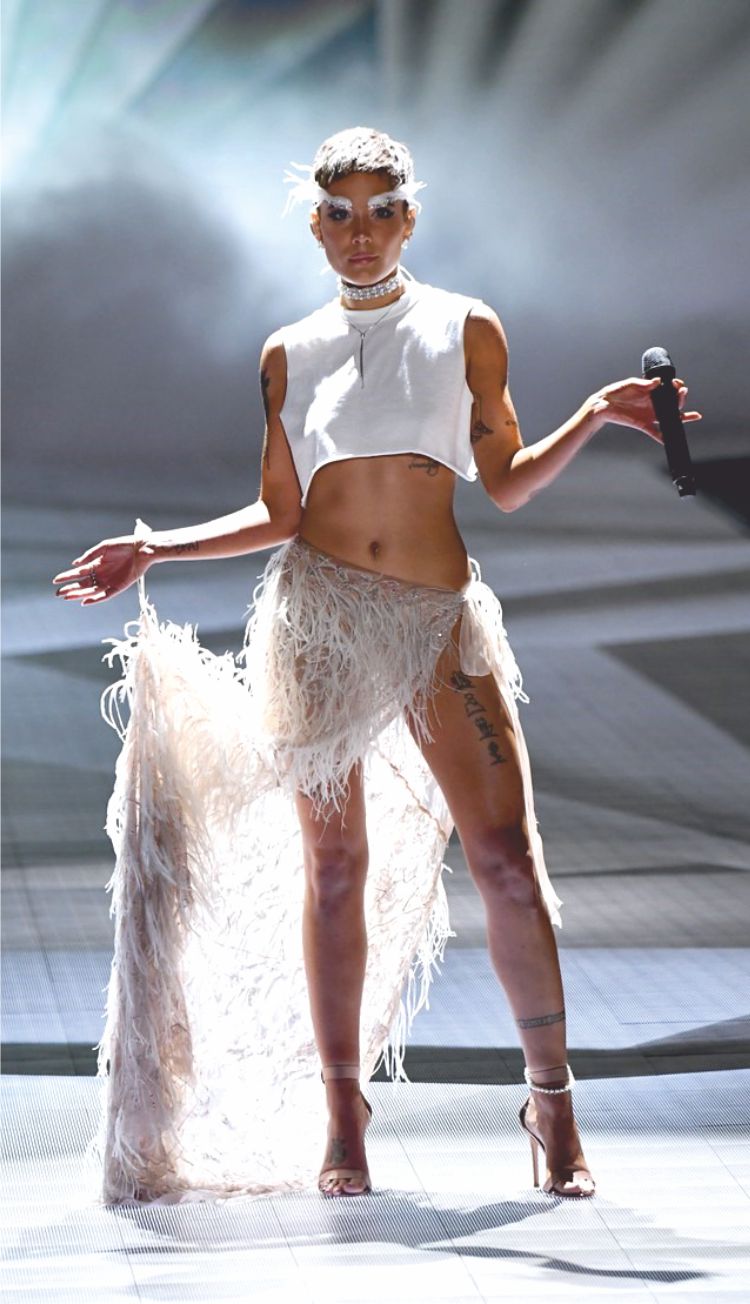 See all the looks from her Victoria’s Secret Fashion Show appearance.

Halsey  the lingerie queen, was chosen as one of the star performers for the 2018 Victoria’s Secret Fashion Show. Known for her penchant for classic underwire bras and sporty track pants, both on-stage and off, it’s as though the VS stage were made for the 24-year-old singer. And, of course, she did not disappoint, stepping out on the runway in a look that was just as noteworthy as the models. 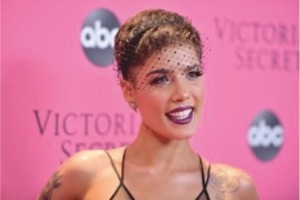 For the show, Halsey wore a super cropped white top and side-tie feathered skirt. Her look perfectly matched the models that walked among her, who were all clad in white and neutral-toned lingerie and feathered wings. She was joined on-stage by models such as Winnie Harlow, Bella Hadid, and Elsa Hosk (clad in the Fantasy Bra), as they strutted their stuff around her performing her new hit, “Without Me.”

While Halsey might have hit the actual runway in a look that was much more apparel-inspired than lingerie-explicit, she took to Instagram right before the show started, clad in an embellished black lingerie set and matching VS Fashion Show robe, writing, “Worked so hard for this!