Hannah Ferguson shows off her slender curves in lacy lingerie for Triumph. 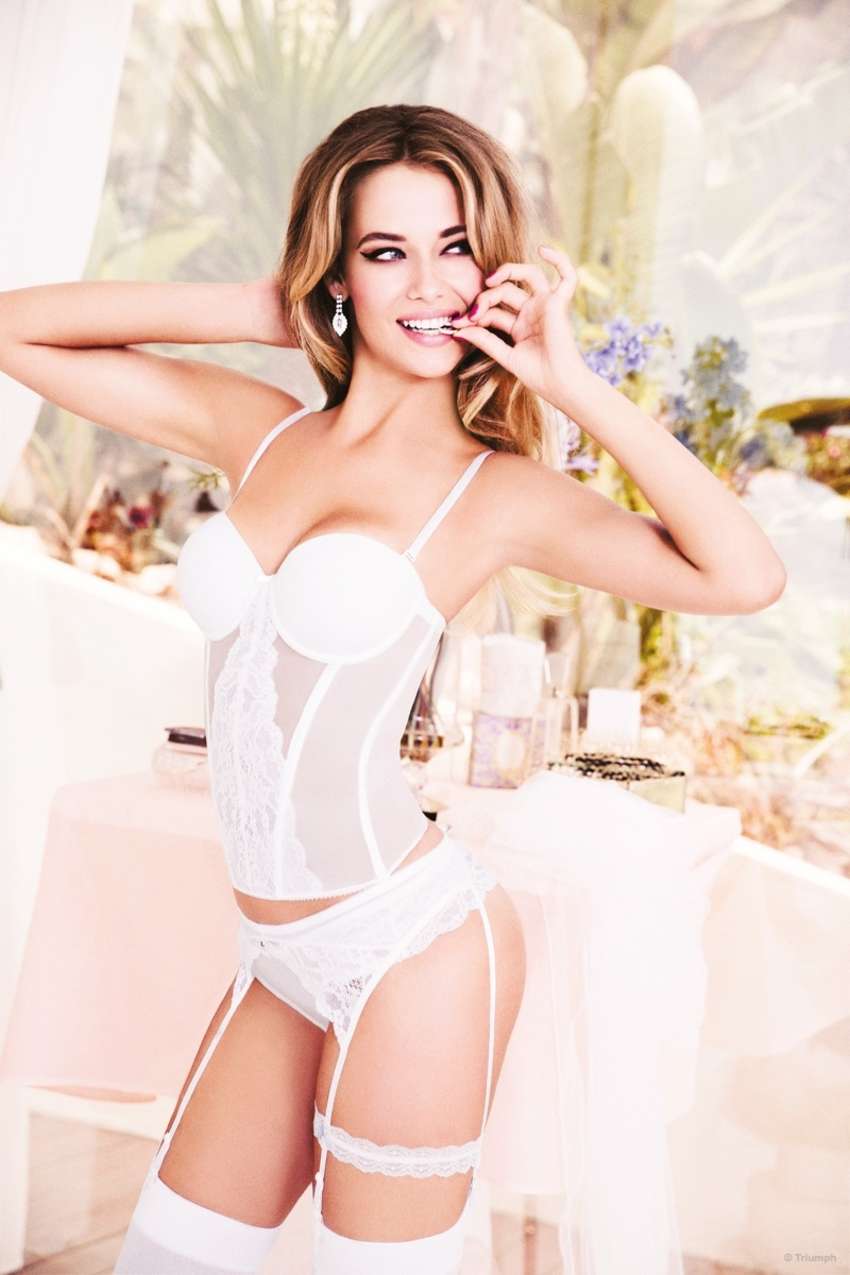 She’s making a name for herself as one of the modelling world’s most striking new stars.

And Hannah Ferguson, who has been hailed ‘the next Kate Upton’ has shown off her assets and good looks once again in stunning shots for lingerie brand Triumph.
She was unveiled as the face of the brand back in February, and positively glows in their campaign images in a various array of flattering smalls.
The Texas-born beauty has worked incredibly hard to get to her status, and as well as being the face of the British lingerie icon’s Spring/Summer 2015 campaign, she has already appeared in several issues of Sports Illustrated – including their latest Swimsuit Issue – as well as an advertising campaign with Paris Hilton.

Showing off her fantastic willowy figure in items of underwear, such as the brand’s popular Amourette bra, she also explained how hard she works to maintain her flawless physique.

She has also revealed how excited she is to be turned into a cartoon for the brand’s latest campaign push, encouraging women to ‘Find the One’, and purchase the correct-sized bra for them.