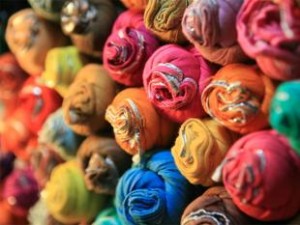 The Texprocil chairman, Mr. RK Dalmia comments at the situation as, “Exports of cotton textiles during April-August 2015 declined by 2.16 per cent at USD 4.24 billion as compared to same period of the last year. The target for 20152016 is USD 13.67 billion. The continuing decline in exports of cotton textiles is a matter of deep disappointment and concern requiring urgent action from the government,”.

Dalmia marked the reason for the decline that does not question the competitiveness of Indian textile products, but the preferential access given to other countries. Major importing countries across the world have an easier approach towards nations like Bangladesh, Cambodia, Pakistan, South Korea, Turkey and Vietnam. In addition, the discriminatory import duties on Indian textiles in important markets like China and Canada, are severely affecting exports.

To provide a level playing field, Dalmia urged the government to fast track the conclusion of FTAs with EU, Australia and Canada to remove trade barriers and gain market access to these leading countries. The chairman also urged the government to initiate dialogue with China and Turkey for reduction in the import duties imposed by these countries on Indian textiles. Also, the Indian government should take initiatives to meet demands of the industry, such as including cotton textiles under the 3 per cent Interest Rate Subvention Scheme and releasing of funds under the TUF scheme. Also, exercising the newly introduced Merchandise Exports from India Scheme (MEIS) will provide necessary stimulus to the falling exports of cotton textiles in the next 200 days, said Dalmia.