Following acquisition by Advent International, Dixcy’s founder and managing director Prem Prakash Sikka will retain a stake in the company and continue as the chairman. 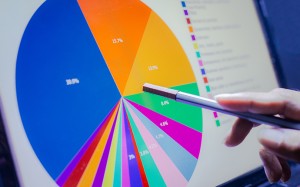 The transaction is Advent’s fourth investment in India since 2015 following its purchase of equity stakes in ASK Group ,Crompton Greaves Consumer Electricals and QuEST Global Services. The financial advisor to the promoters of Dixcy was Avendus Capital.

Founded in 1982, Dixcy is the exclusive manufacturer and marketer of several leading innerwear brands, including Dixcy Scott, Dixcy Scott UNO, Dixcy Josh and Dixcy & Slimz and is based in Tirupur-based. The company also sells a premium range of products including casual wear such as shorts, track pants and polo t-shirts.

Additionally, by placing its products in stores across the Middle East and Singapore, Dixcy has begun to expand internationally, stated the company release. The company employs over 3,500 people and generated sales of Rs780 crore ($120 million) in fiscal year 2017.

Director of Dixcy said,“We look forward to working with Advent to further expand the business, following a twin-pronged strategy involving organic growth from the existing offerings and expanding internationally to newer geographies.”

Shweta Jalan, managing director and head of India for Advent International said,“The innerwear market in India is expected to grow at double-digit rates over the next five years, driven by increased per capita spending and consumer demand for higher quality products.”

We see significant opportunities to create value by investing in distribution, sales and product innovation, and improving procurement and production efficiency, Jalan added.