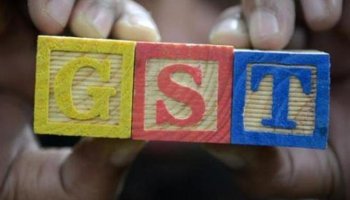 Currently, fabrics do not attract any value added tax (VAT) but the company, which has composite units for synthetic fabrics in Surat will attract five per cent GST on the fabric they make. 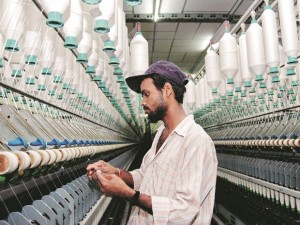 Shah’s problems are twofold. First, he will collect less GST from his buyer and pay much higher duty on raw material yarn.

Second, the fabric they make will face competition from cheap imported fabric which will become cheaper by 11 per cent after GST rollout.

On a daily basis Surat is producing 40 million metre fabric, and composite mills produce only 20 per cent of it.

For them, fabric cost due to inverted duty structure or excess accumulated duty credit following high GST on yarn and the additional working capital cost will be around three per cent.

After GST compared to composite mills eighty per cent of the fabric  in Surat, which is made by power looms and shuttle-less looms will be already at a disadvantage.

While they only do weaving, further value addition like dyeing is done outside the unit. The cost incurred on this is around 60 per cent over the cost of yarn. Such average value addition will also attract 18 per cent GST

The cost will rise significantly, as they have already paid 18 per cent GST on yarn and 18 per cent on value addition.

For loom owners due to the accumulation of duty on their books, the cost of his fabric will rise by seven per cent to eight per cent.

These loom owners will face competition from composite mills and also from cheap import for selling the fabric that they make.

Surat has 150 wholesale markets , it provides employment to around a million people, 20,000 manufacturers, including loom owners and 50,000 wholesale traders.

In India, power loom industry is highly fragmented with 2.7 million power looms employing around 35 million workforces being based at Surat, Bhiwandi, Ichalkarangi, Malegaon, Trippur and Coimbatore, according to industry estimates. Most of them are based at Surat.

The business in Surat will be impacted the most followed by Bhiwandi near Mumbai, due to high dependence on man-made yarns.

“After GST, import of fabrics from China will cause severe damage to Indian makers. Indian fabric weaving industry especially the MMF knitting and weaving units in Surat, Bhiwandi and Ludhiana are already reeling under pressure and cheap imports from China will only add to their woes.” says Sri Narain Aggarwal, chairman, Synthetic and Rayon Textiles Export Promotion Council.

He said that before GST, the duty and taxes on imports of fabrics were 26 per cent, considering 10 per cent import duty, 12.5 per cent countervailing duty (CVD) and 4 per cent special additional duty (SAD).

As fabric attracts 5 per cent GST, duty on import will be 15 per cent. Due to this, the 11 per cent benefit on the import of fabric, which is currently mostly from China will also come from other countries like Bangladesh, Sri Lanka and Vietnam.

“Another issue will be selling blended fabric that is made of blending cotton and synthetic fabric,” says Aggarwal. He fears that there is every chance of blended fabric, even where polyester content is high to be sold as cotton fabric ,since fabric made of cotton has five per cent GST. Therefore, he says GST on blended fabrics should be 12 per cent.