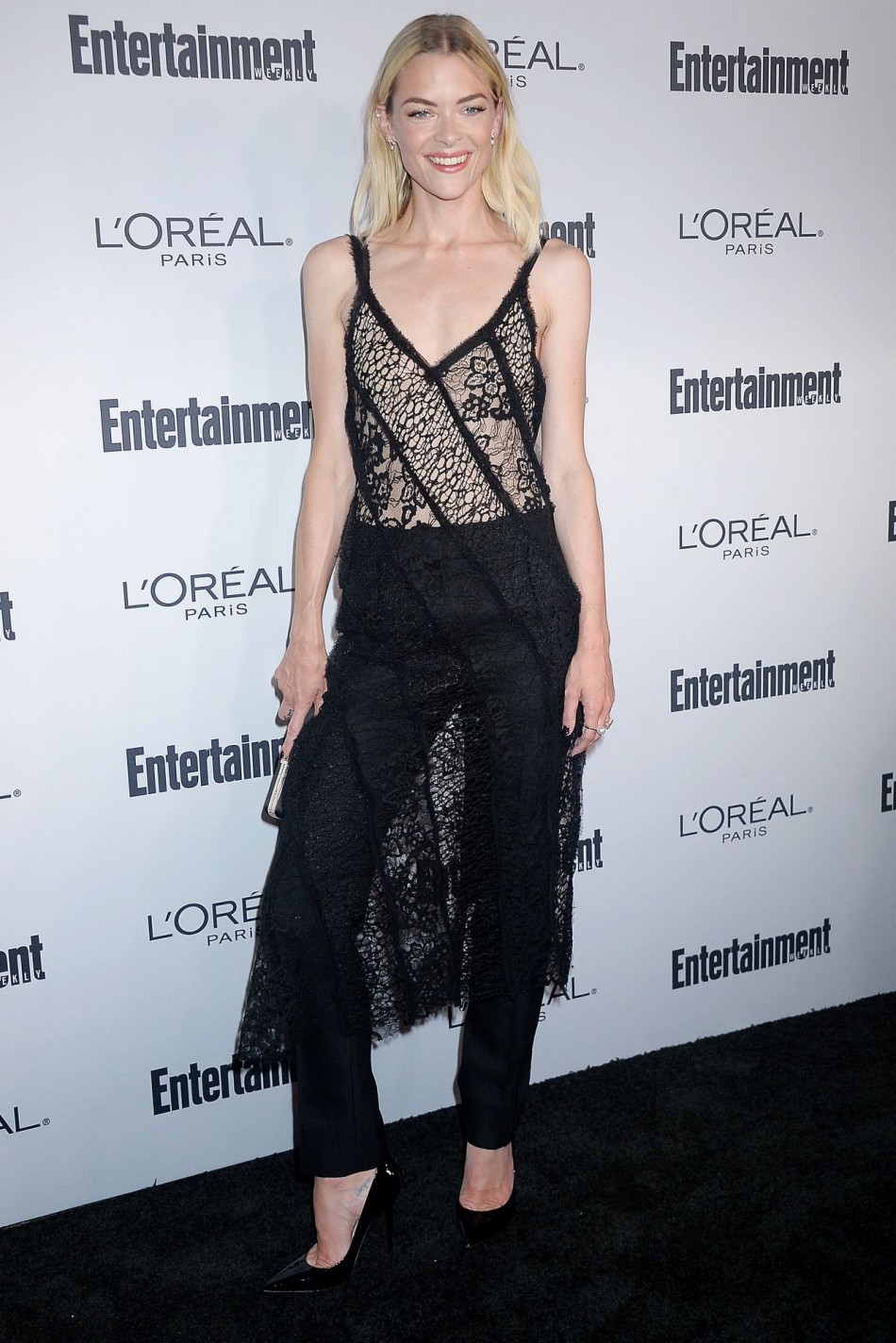 Jaime King looked like an angel in her lace affair for the Vanity and Women in Film’s Pre- Emmy celebration.

The 37-year-old paired a sheer lacy dress with black trousers and heels for the bash, which took place at Gracias Madre restaurant in West Hollywood. The actress, who revealed her flat midriff and svelte frame in the see-through look, opted for center parted tresses and minimal makeup. The former Hart of Dixie star slipped on a pair of fitted trousers beneath her lace number.

The v-neck frock featuring patterned panels as well as an asymmetrical hemline. She stepped out in pointed patent heels, adding a structured clutch and dark polished nails. Before heading inside, Jaime sweetly planted a kiss on her filmmaker husband Kyle Newman, 40.