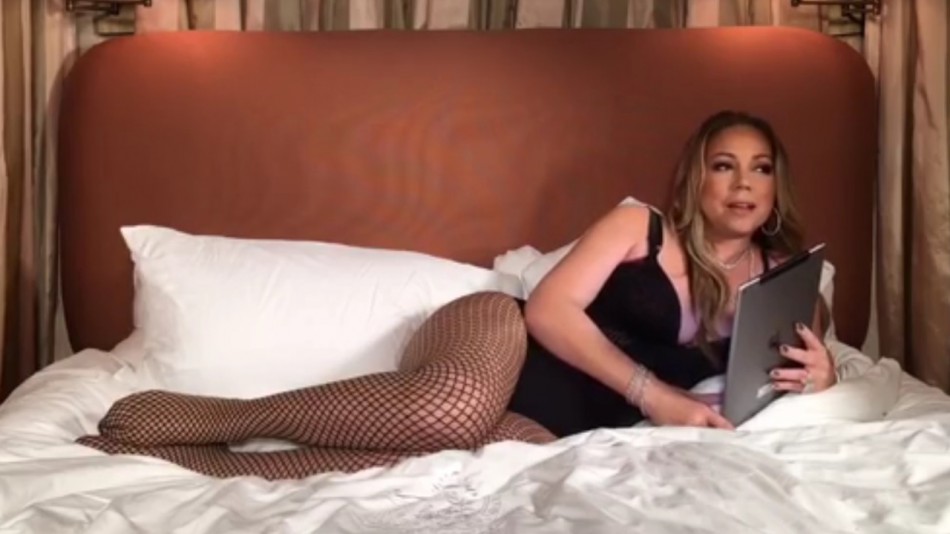 Mariah Carey streamed a live video in lingerie to her official Facebook page for her fans reveals upcoming secret collaboration from what she said was a hotel room in Los Angeles and it went viral almost immediately.

The 46-year-old’s video was viewed over one million times in the first hour. She said she’s doing singles because it’s more fun for her and doesn’t want to stress right now about putting an entire album together up front, but that she hopes to release enough singles to be able to put them together in an album at the end of this recording streak.