Monsoon right on Track and the economy gets the traction 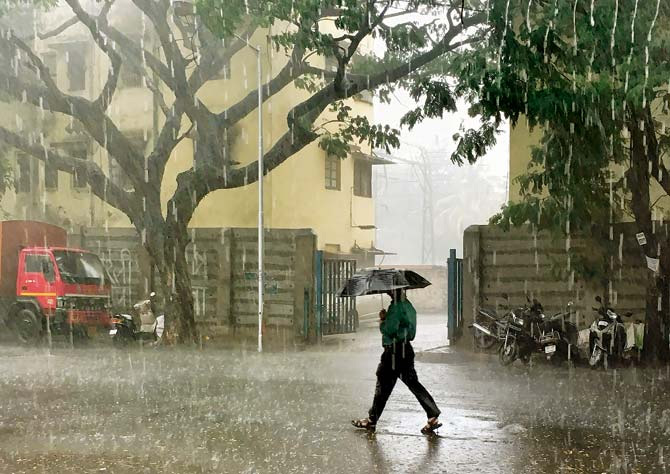 We are in the midst of some real wet times as the rain gods are benevolent in this rain invested country and much of our economy hinges on the kharif growing season. And, if this achieves its goals and grows, so will our economy and there will be prosperity for the farming community. So, the news is that rains are spreading like wildfire and even as I write this, some regions are facing a flood-like situation. The rain deficiency may be less than 5 per cent, which is a good precipitation overall. If the rural demand is good, this augurs well for the MNC companies and much of their growth comes from the hinterland. Another piece of good news is that we will be a 3 trillion economy very soon and we have inched past France to be the sixth largest economy and there are just five countries ahead of us with US a 20 trillion economies and China a 13 trillion economy. By 2020 we should achieve a 5 trillion tag to move up two places behind them; that’s like doubling from the present status. So, there is room for everybody to grow and grow fast. When the balloon inflates the air makes it to expand in all directions. This is exactly what happened in China in the early 2000 and our moment is now; the world has acknowledged that India will be the toast of the season till 2030. We have to grab this moment and run with all our might, and there should be no lethargy and ‘chalta hain’ attitude…let us not be weighed down by our political or religious affiliations. Moments and time wraps are transient in a nation’s growth and prosperity for its people; it shouldn’t be squandered away.

We are a billion plus people ourselves and a growing economy and the world just looks at us like a big fat market to be exploited to the hilt. We have to change this perception real fast too. ‘We are an industrious nation and have a capacity to produce and service people of this globe for their needs and wants and make our nation a prosperous one doing just that’. No longer should we invite the rest of the world to exploit our markets, our economy for their benefit; this is not a healthy relationship, much like a parasitic one. I think the economist and the think-tanks at Davos should now change their strategy and project India as the leader in Manufacturing and Services, which can provide quality and service at a price much less than developed nations. The world is attracted by our markets that come as a corollary of being the largest inhabited nation in the world, which we don’t have to stress ad nauseam. We have to rethink our positioning now if we have to be a super power in the years to come to form a triad between the US and China.

So much for the nation’s economy…coming back to the magazine, the thrust in this issue is the opening moves made by the MNC and newer brands just off the block in the men’s premium segment. The surprising part is all are reporting good growth numbers as of now. But the real crunch will come shortly when there will be a shakeout in the market and then it remains to be seen who cannibalizes whose share and who will remain the leader. We are watching this space quite closely.

Another piece of investigation we have carried out in this issue is the area of Product Returns in the ecom world. As ecom business is getting more orgainsed, it will create its own eco system and carve the rules, which will be beneficial to companies and the consumers in the long run. Right now, it is heavily loaded in favour of the consumers who are enjoying the best of this opportunity but it will not last for long. A case in point is the cancellation policy of the airlines companies, which at one point; a couple of years ago was totally in favour of the travellers and today is just the opposite. There are a lot of topics and stuff to mull over in this issue. We make sure we keep you entertained and at the same time provide you with a lot of insights in the lingerie business. Do keep your feedback coming in any form; it really helps us and motivates us to perform even better.