New definition of MSMEs and turnover to be connected 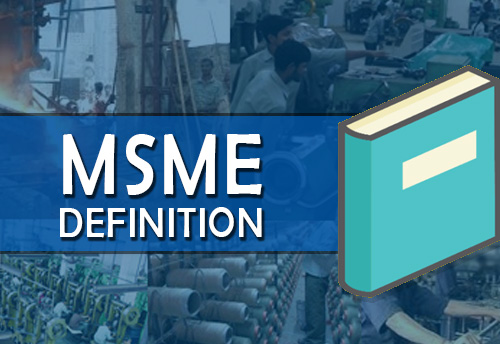 The current system of classifying units based on the capital deployed in plant and machinery will be eliminated as the government is set to finalise a new definition for micro, small and medium enterprises (MSMEs) that would be linked to turnover.

In an attempt to end the difference between the manufacturing and services sector that the current investment-based definition makes, the MSME ministry is set to finalise the proposal. For this, an amendment to the Micro, Small and Medium Enterprise Development Act is needed and this is also being finalised.

The amendment that was proposed earlier by the PM was dropped due to certain outfits such as an affiliate of the Rashtriya Swayamsevak Sangh (RSS), Laghu Udyog Bharti. However, sources said that as the government sees the current definition to be outdated and prone to misuse, it has renewed its efforts to amend the law.

There was only one category of manufacturing that was classified as small scale enterprise, which was eligible for several benefits, which also included on payment of excise. This was until the 2006 law was enacted.

According to a source, the new definition would be more realistic as the current investment-based classification was decided when the MSME Development Act was enacted 13 years ago. The source also mentioned that many times Indian MSMEs are too small to be able to benefit from economies of scale.