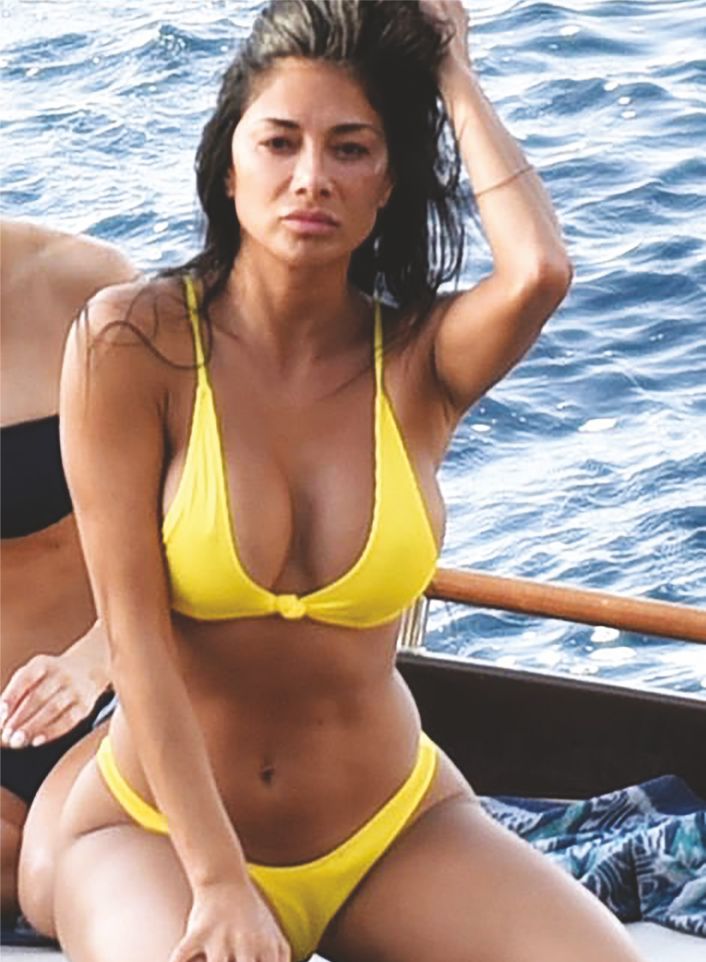 Nicole Scherzinger stunned many hearts as she showcased her sensational figure while swimming in the sea during an idyllic speedboat trip in Capri, Italy. The singer apparently  appeared to be holidaying with her friends.

The Pussycat Dolls star flaunted her ideal assets in a plunging chic ribbed yellow string bikini. She paired the item of swimwear with a racy thong bottom accentuating her peachy posterior while she dived into the sea for a swim. The 40-year-old-singer went for a make-up free look showcasing her radiant and flawless complexion and ditched all accessories. Her long tresses were in a loose relaxed hairdo, which she later tied in a casual ponytail. 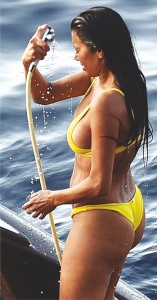 Later, the star styled her racy swimwear with a straw fedora hat and a pair of oversized brown sunglasses with a white frame. She appeared in good spirits as she laughed and enjoyed with her friends during the speedboat trip in Capri.