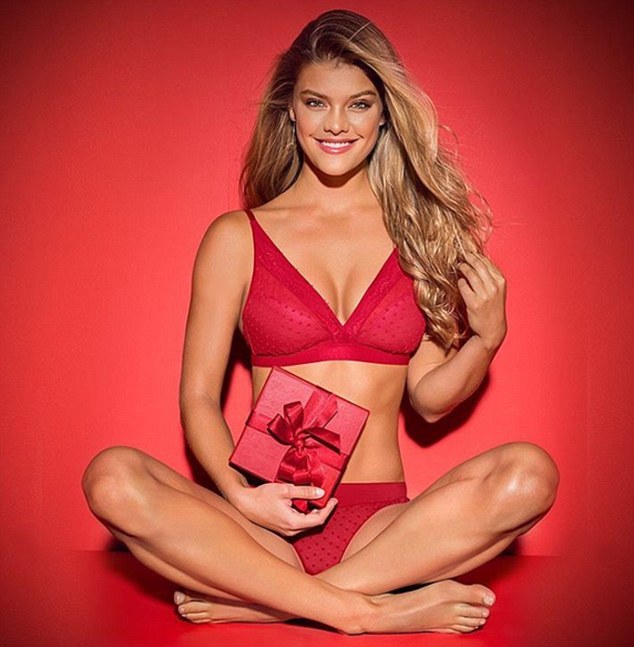 Danish model Nina Agdal,better known as Leonardo DiCaprio’s beau has quite embraced the Christmas mood and is ready to rock the holiday with a new range of lingerie for Leonisa.

In a series of new snaps, the 24-year-old stunner is seen sitting down in a cute crossed-legged pose, grinning whilst holding a red Christmas package. She hooks a deep red bra and matching knickers, embellished with polka dots, showcasing her long limbs and toned stomach.

Her golden locks cascade loosely around her shoulders and she coyly clutches at a few strands of hair as she beams for the camera.

The fluent sexy shots are for the brand  Leonisa’s holiday campaign, and have been captioned ‘Make everything that happens at Christmas covered in the colour of joy’.

As a part of the series, she is seen wearing another two-piece in red that is oomphed with swirled and textured design. Also the star was caught wearing a gold and cream two-piece endorsed with a lacy trim.  Nina looks mesmerizingly hot and amazingly elegant in this new shoot and she is surely gonna hit it right with many woman this holiday season.

The Victoria’s Secret model and Leo were first linked in 2014, and are believed to have rekindled their romance over the summer. If rumours are to be believed then there are ample chances that the two will seriously stick to each other. 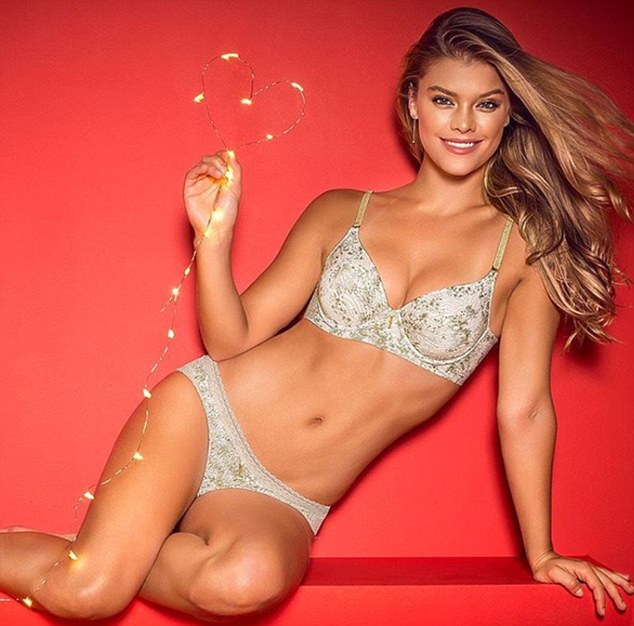 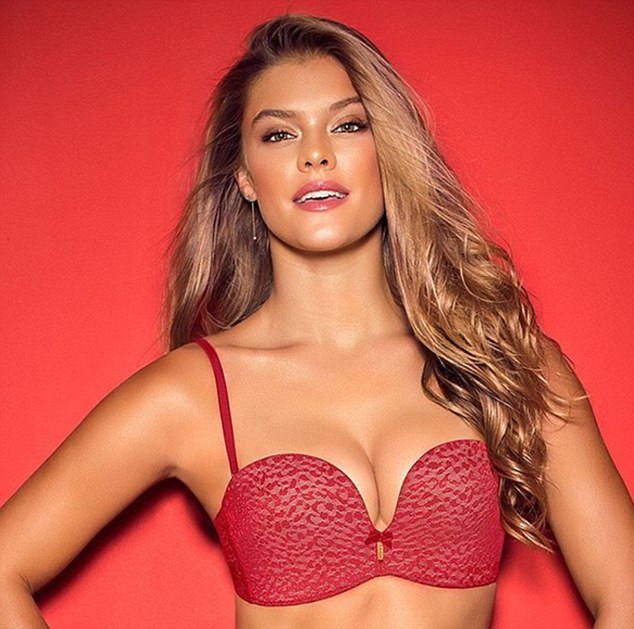