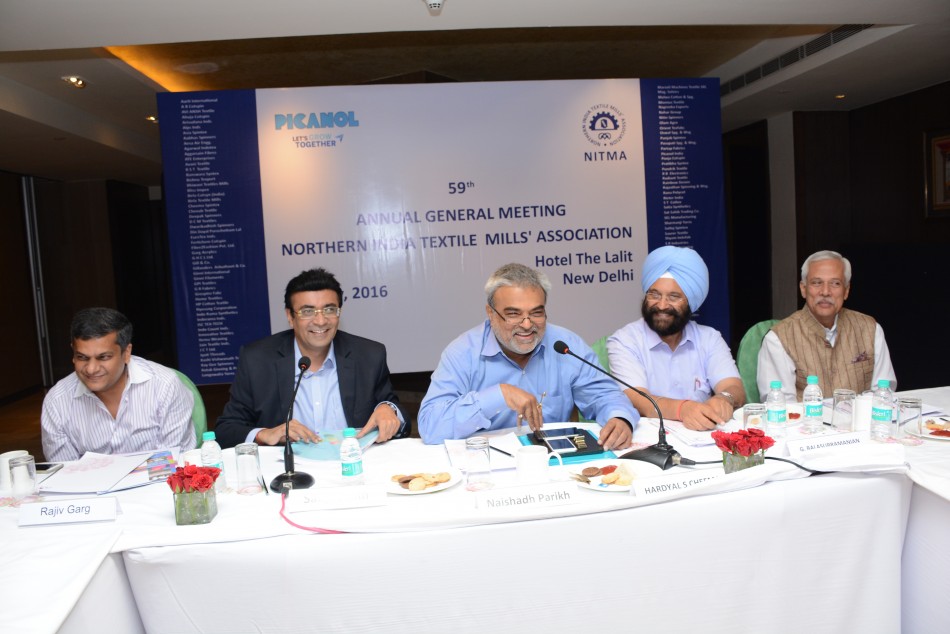 Mr. Sanjay K Jain, MD of TT Limited  has been elected as the President of Northern India Textile Mills’ Association (NITMA), the apex body for the textile industry in North India. NITMA elected its new leadership team in its AGM held on 15 July 2016 at New Delhi. Mr. Rajiv Garg, MD of Garg Acrylics was elected as Senior Vice President and Mr. Manish Bagrodia was elected as Vice President. Mr. Hardyal Singh Cheema the outgoing President handed over the baton to the new team.

NITMA was established in 1958 and has been since continuously serving the best interest of textile units in Northern India and has been instrumental in creating a linkage between the industry and Government. It also provides a bridge between the supporting industries (who are associate members of NITMA) and the industry. Its members collectively have a turnover upward of Rs 50,000 crores (approx. USD 8 billion dollars).

Mr. Sanjay Jain (46) a prominent, dynamic and young textile leader who apart from NITMA holds various other important positions in various other associations across the country. He is Deputy Chairman of NITRA and Vice President of FOHMA & WBHA. He is also a committee member/special invitee of CITI, FICCI Textiles, SIMA, Texprocil, IAAI and AIOE. 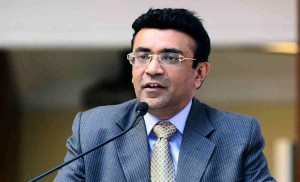 Speaking on the occasion Mr. Jain said that the industry is going through unprecedented challenges, which has pushed the industry to the brink. He however added that, there is a great opportunity in front of the textile industry to capture the space being vacated by the Chinese industry due to their spiraling costs. However while he was excited at the industry being at a very important threshold, he was worried about the immediate crisis of the industry due to isolated increase in cotton prices in India while global prices were stable. The recent RBI Financial Stability Report shows that the highest slippages to NPAs from Standard account in 2015 were in textiles (8.8%). Textile industry also has high stressed advance ratios and high percentage of weak companies. Mr. Jain said that he was confident that the Government under the new dynamic leadership of Honorable Smt. Smriti Zubani Irani would understand the problems of the industry and reverse its 2 years blind eye attitude towards the spinning  industry. He further was hopeful that all pending subsidies would be immediately released to provide some liquidity to the industry.