Rihanna send fans into tizzy over a stunning lingerie pic 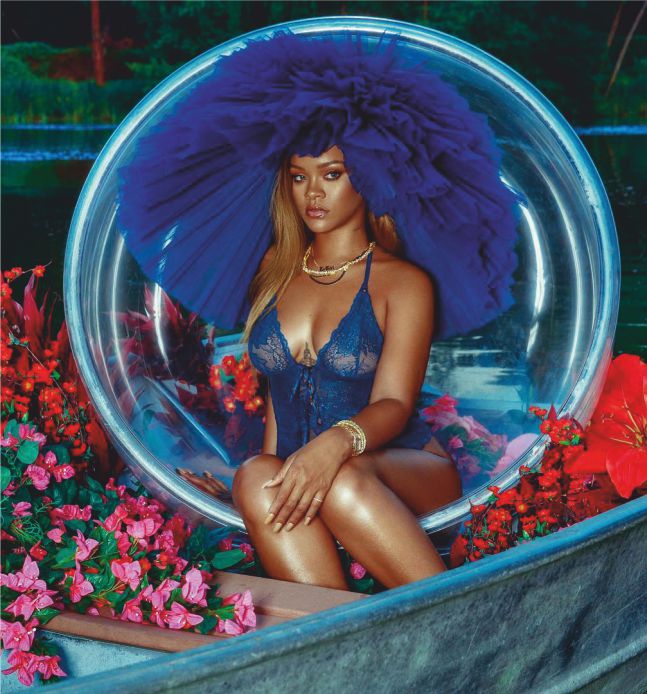 The 30-year-old singer left fans breathless after she stripped down to a lacy royal blue body with an exaggerative peacock-like headpiece. Rihanna posed inside a glass ball surrounded by bold flowers.

The post appeared as part of promotion for her new Savage X Fenty range. She captioned the post: “Got @savagexfenty on your holiday wish list? But fans were more in awe of the “queen” herself than the range, hailing her “legendary”.

The users comment were exhilarating, “Your most stunning photo yet! A gorgeous hue!!” “This woman is truly legendary”,  “Looking like a lil golden fairy #savage (sic).”  And so on…. The post cames after the Barbadian star left fans flustered over promotional pictures for her “naughty-not-nice” range ahead of Black Friday. She went topless, wearing nothing but red knickers, black stockings and black velvet gloves.

A first look inside Rihanna’s Savage x Fenty pop-up shop in London. Her fans were left feeling very thankful on Thanksgiving as they rushed to comment on the “perfect” picture. Some hailed her a “queen” while others gushed over the “beautiful” and “hot” picture.

Rihanna first launched Fenty Beauty as a cosmetics brand in September 2017. It soon featured in stores across the world and was praised for its inclusively across skin tones and genders.  Months later, the singer launched SAVAGE X FENTY, a lingerie line for women.