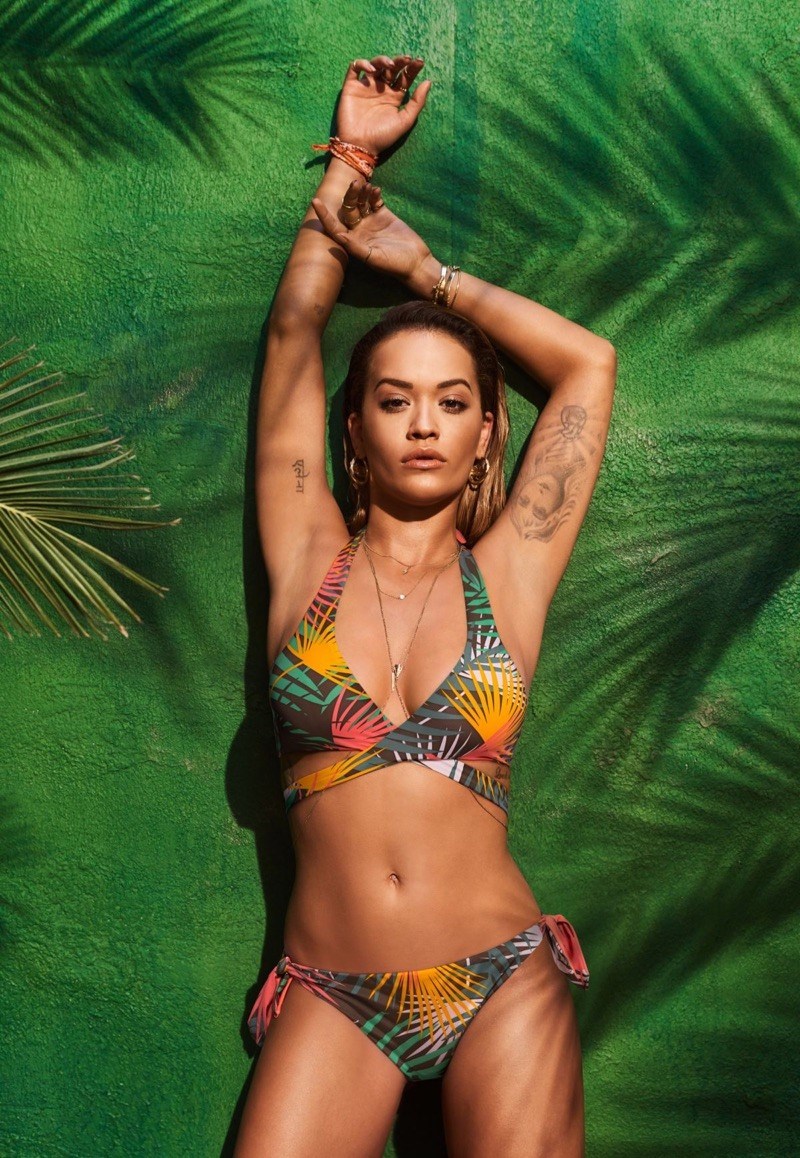 Rita Ora showed off her busty figure in a series of sizzling snaps as she modelled lingerie brand Tezenis’ new beachwear range.

The 26-year-old pop star gave fans a peek at her toned stomach as she posed in the print bikinis.
The entire shoot took place around a tropical bohemian atmosphere where in one shot saw Rita giving a smouldering look to the camera as she pulled her arms above her head and showed off her figure in the jungle print halter neck bikini.

In the snap, she also revealed the tattoos on her arms and accessorised with gold jewellery. In another photo, the pop star went strapless in the patterned blue bikini as she pulled an arm just above her eyes. Rita kept her make-up subtle, with just a brush of Bronze accentuating her eyes and lip gloss for her pout. Meanwhile, her hair was slicked back off her face as she posed for snaps.