Some major retailers are still nursing last year’s clothes, which would have been sold off in clearance sales in normal times. British chain Primark was housing around 150 million pounds ($205 million) worth of 2020 spring/summer stock and 200 million pounds from autumn/winter.

Clothes retailers in Europe and America sit on excess inventory and cut back on spring orders. Sourcing agents face late payments. Garment factories in Bangladesh are on the rack.

The global apparel industry, reeling from a punishing 2020, is seeing its hopes of recovery punctured by a new wave of COVID-19 lockdowns and patchy national vaccine rollouts.

Some major retailers are still nursing last year’s clothes, which would have been sold off in clearance sales in normal times. In an indication of the scale of the backlog, consultancy firm informed

that the value of unsold clothing worldwide, in stores and warehouses, ranges from 140-160 billion euros ($168-192 billion) – more than double normal levels.

Britain’s Marks & Spencer and Germany’s Hugo Boss  said they had placed smaller orders than usual for this year’s spring collection.

Retailers are keeping volumes small and lead times tight, according to Ron Frasch, former president at Saks Fifth Avenue who is now operating partner at private equity firm Castanea Partners, which works with a number of apparel brands. 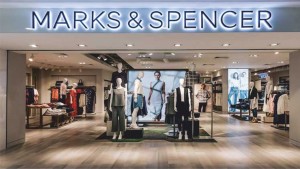 “Most of the brands now are pretty tight on shipping and the factors are very tight. I think everyone was very conservative with their purchasing,” he said. “I know many have been slow-paying. That is for sure.”

Indeed, Hong Kong-based sourcing agent Li & Fung, which manages more than 10,000 factories in 50 countries for retailers including global players informed that some retailers had requested later payment terms, but declined to provide specifics.