Shanina sizzles on the beach in new campaign 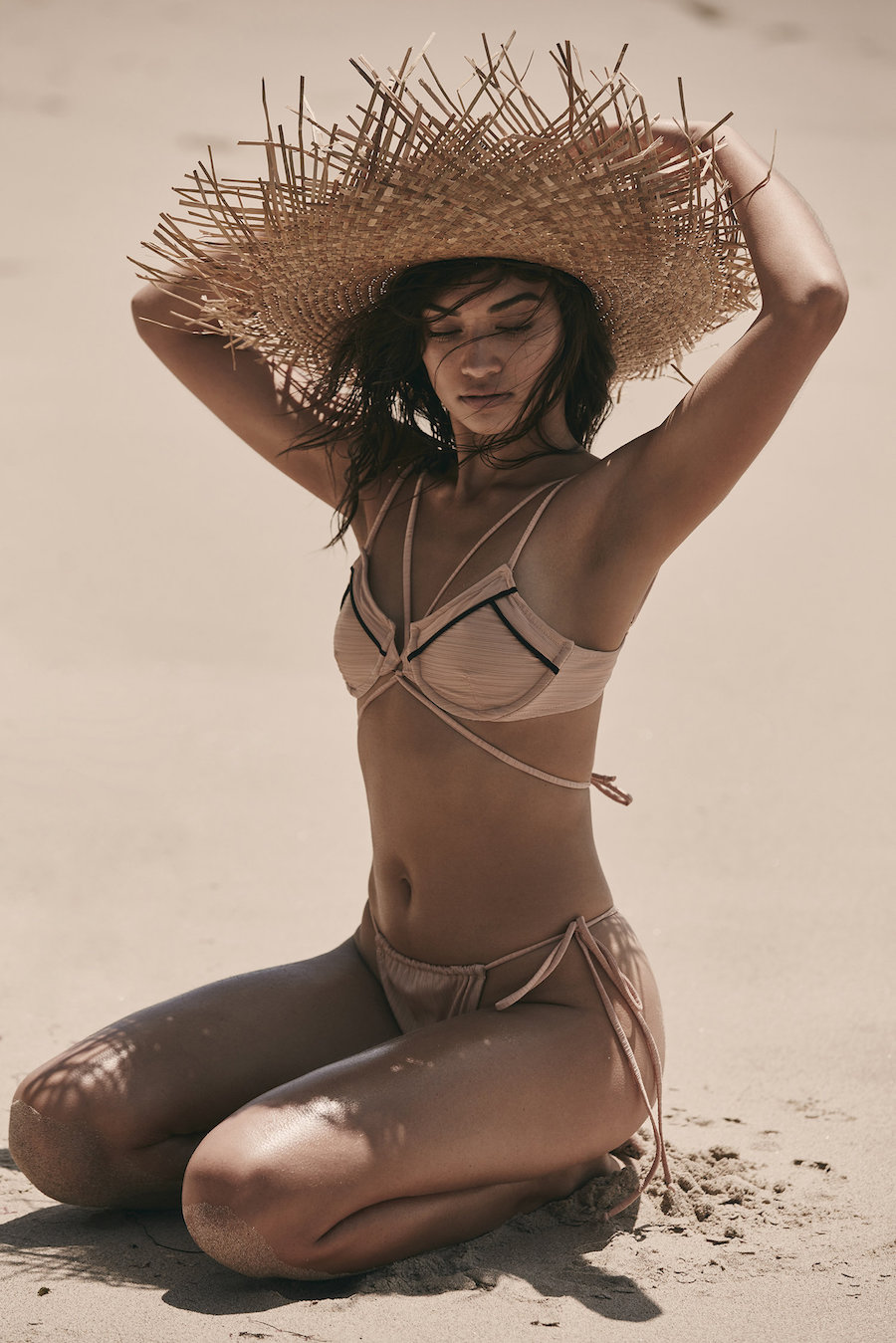 Shanina Shaik was back to her modelling best this week when she wowed in a new campaign for lingerie giant Love And Lemons – looking sensational in a bevy of barely-there bikinis.

The 25-year-old Australian beauty sizzled in her collection of swimwear and sexy underwear sets, which made the most of her incredible figure – complete with perky cleavage and washboard stomach.

In one of the most seductive of her snaps for Love And Lemons, the brunette beauty reclined on a ladder while wearing a cleavage-boosting bikini which tumbled loosely off one shoulder.

As she slipped into a burnt orange bikini which featured thin tie sides and a delicate halterneck, in a sideways shot image which made the most of her perky posterior.

Ensuring she kept the beach theme of the look, Shanina wore her tresses in wet beachy waves which she moistened with a spritz later in the shoot.

Staring into the camera, the sizzling beauty narrowed her piercing blue eyes, which have become one of her key selling points in the fashion world.

Her next figure-enhancing ensemble was a push-up bra in a dusky pink hue with blue piping, which she paired with a straw sunhat to protect her from the searing rays.

As she lay in the sand, she showed off her sun-kissed complexion which contrasted against her peach swimming costume with a wraparound waist. 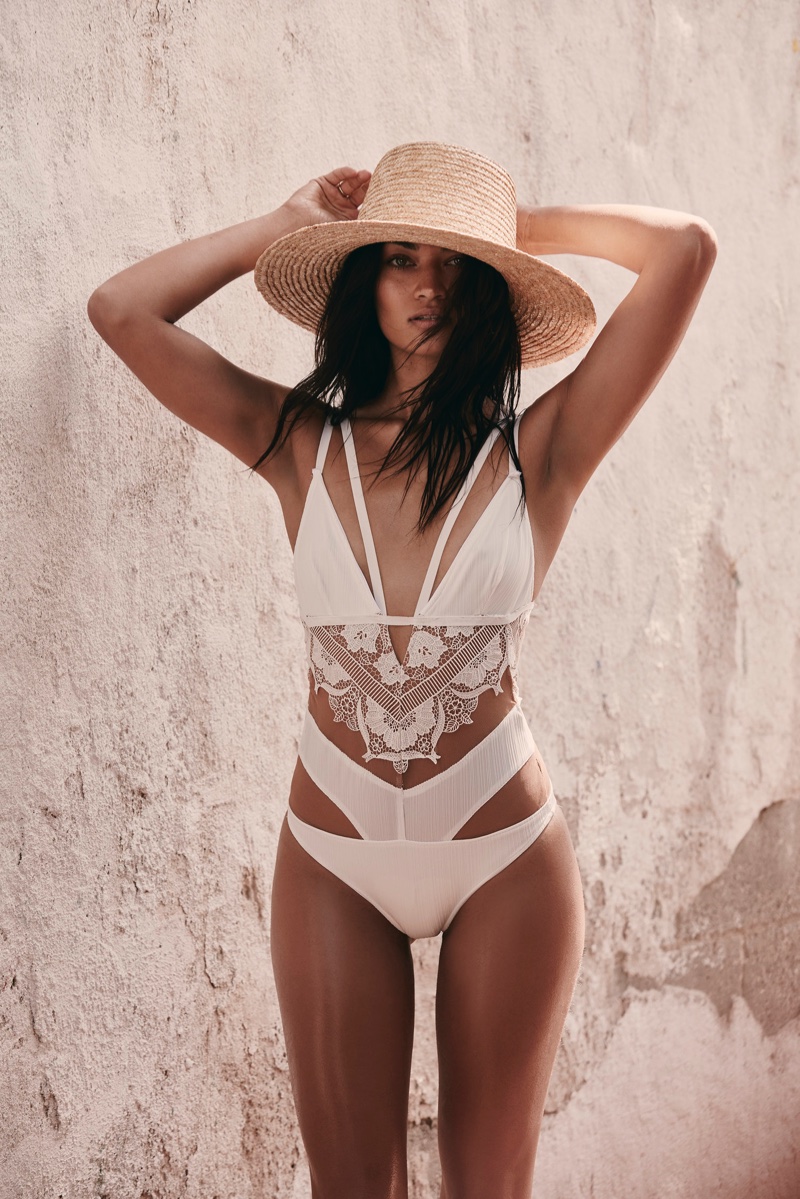 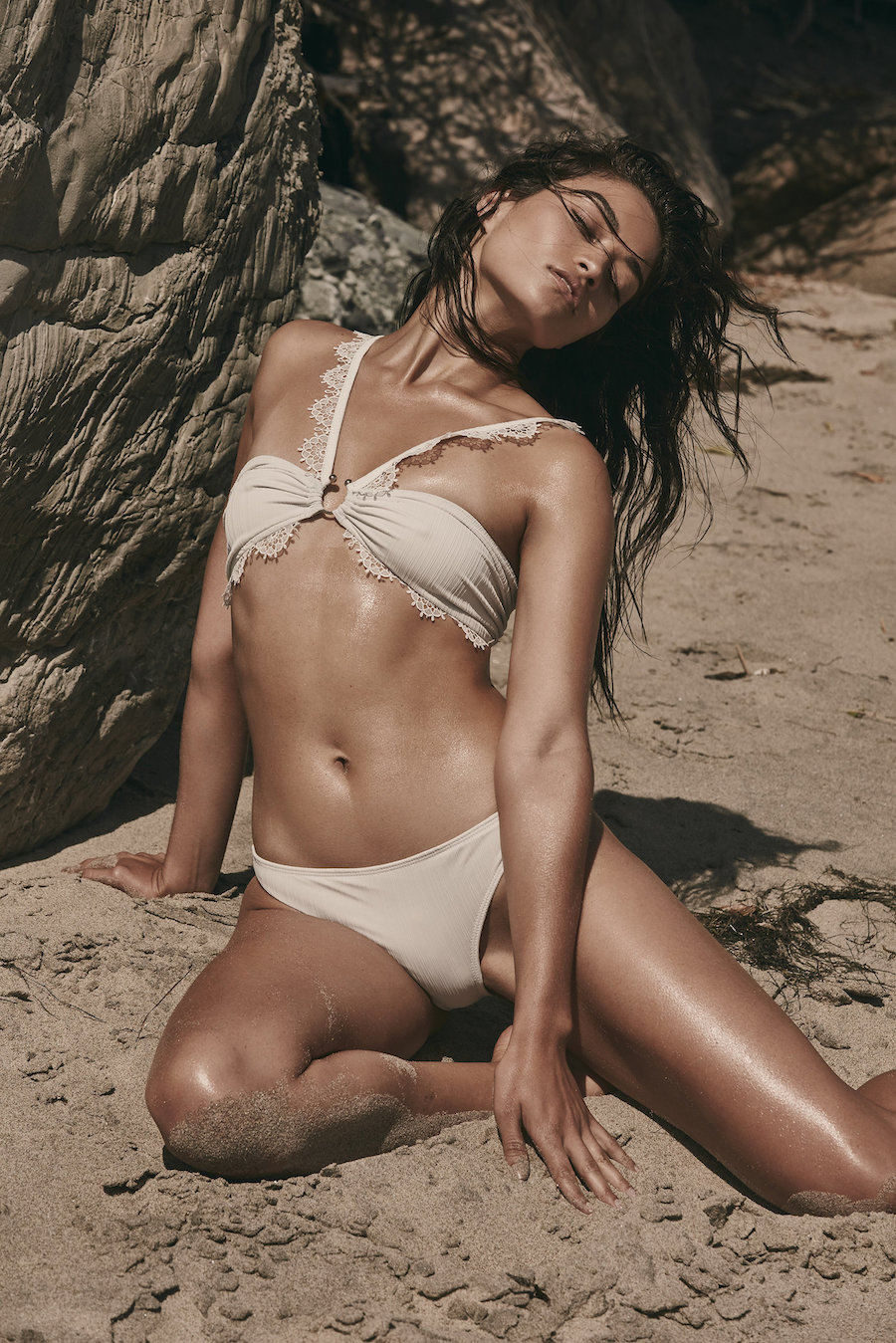