Subdued exports to be countered by garment exporters 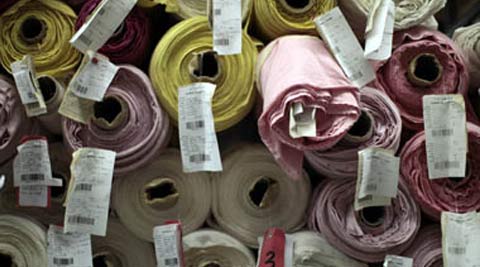 In an attempt to counter subdued exports, readymade garment exporters are creating modalities to make a portal or a central database, where they can list their products according to categories to assist buyers. Buyers will be able to reach out to potential exporters easily through this mechanism. Besides, a proposal to set up a garment university, most probably in Gurugram, is in the offing to counter skill shortage in the industry. At present, the respective buyers are approached by individual exporters, who then negotiate as well. Also, there aren’t much options for importers.

An exporter said that they would ask exporters to list their products category-wise such as T-shirts, shirts and trousers on the lines of e-commerce platform, once the portal was in place. The software will send mailers/alerts to all exporters who produce such items and also to the importer; this would happen when an importer would search for a certain product, the exporter added. According to him, this will increase buyer-seller interface and hence help the exporters as well as importers.

An exporter from Punjab, Harish Dua said that the portal would be a boon for Haryana and Punjab as these two states have more than 200 readymade garment exporters having a base of about 2 million workers.

As it is a labour-intensive sector, exports of readymade garments are very important for a country, say exporters.

In the April-September period. The exports of readymade garments increased by a mere 2.2 per cent to $7.8 billion dollars. According to industry insiders, since Indian textiles were not competitive enough and around 10 per cent costlier than other countries, it resulted in these little exports.

As compared to India, Bangladesh, Sri Lanka and Vietnam have low production cost and their exporters enjoy preferential duty access in key markets according to Care Ratings; and this is also another reason for India’s lesser exports.