THE SEAT OF POWER BELONGS TO YOU SAYS BENETTON INDIA 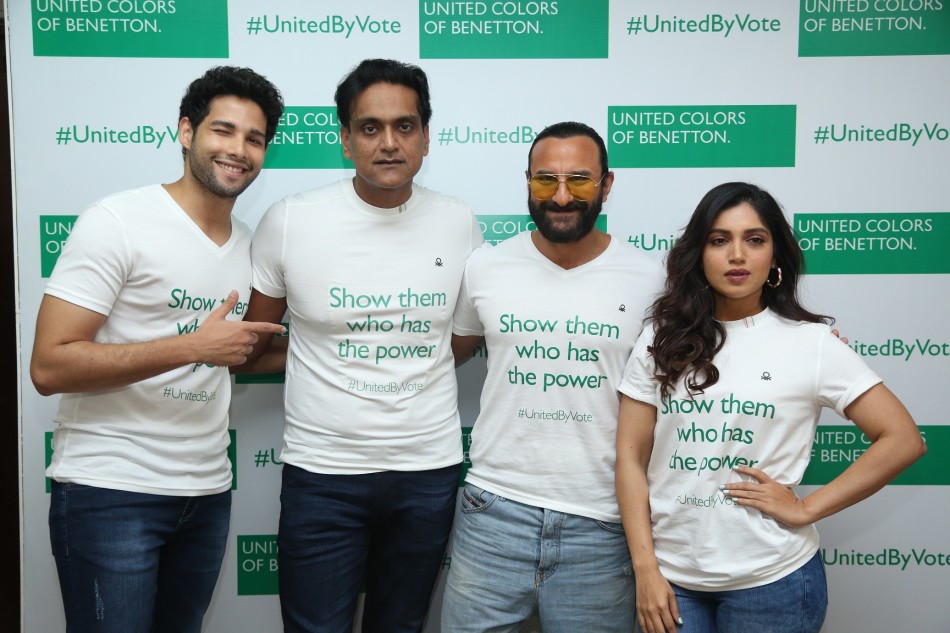 #UNITEDBYVOTE dares to become a voice and questions all that divides us!

URGES INDIA TO COME OUT & VOTE

United Colors of Benetton, with a strong legacy of creating impactful campaigns over the years and taking bold stands on causes impacting the society, recently introduced its new campaign in India for the National Elections titled UnitedByVote. The new campaign and initiative is another significant step in the direction of celebrating democracy and the power of vote that every citizen of India holds. The formal campaign launch was held in Mumbai at Jai Hind College witnessing a strong panel discussion with speakers including Saif Ali Khan, Bhumi Pednekar, Siddhanth Chaturvedi and Sundeep Kumar Chugh, CEO & MD, Benetton India. 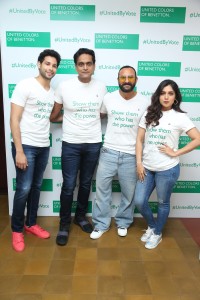 Benetton India has launched #UnitedByVote with an inspiring video film that bursts the popular notion of all the promises made by dominant voices, who believe that power lies with them to decide & condition the minds of the citizens of the country on what they need! The ad film conceptualised by Taproot Dentsu, in keeping with Benetton’s bold stand on causes that affect society, urges people to unite in order to keep alive the values enshrined in the Constitution.

As India gets ready to celebrate the world’s largest festival of democracy, Benetton stands with every citizen and urges them to raise the finger and unite – to uphold Constitutional values, to stand up to the aspirants to seats of power who might want to split them apart with fissures of prejudice and fear, to look above and beyond superficial differences and take back the power that rightfully belongs to them. Speaking about #UnitedByVote Mr Sundeep Kumar Chugh, CEO & MD, Benetton India said, “Benetton Group has always been taking strong stands and supporting social causes with no diplomacy; it has been a part of our DNA. In recent years, political discourse the world over is tilting towards narratives that instill a fear of diversity, fear of the ‘other’, fear of what’s different and fear of what doesn’t conform to goad people into choosing elected representatives.

The younger generation is not afraid to take a stand and voice their opinion on larger social issues and that is what they have come to expect from the brands that they endorse as well. #UnitedByVote is Benetton’s effort to rise above a simple transactional relationship and create a more meaningful voice – a voice that identifies and brings together all the diverse pillars of our society- to create something bigger, more powerful and all encompassing – a united nation exercising their power to vote rightfully.” The manifesto of this campaign emphasises on how the real power does not lie with the political parties but with the public and asks them to show the power by exercising their right to vote. This is encapsulated in the video wherein the film shows references from political parties speeches making promises to the public at large until a finger with an ink mark comes into frame and shuts them up. The film ends with a title ‘show them who has the power’ followed by #UnitedByVote. 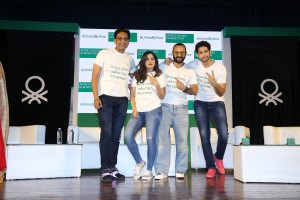 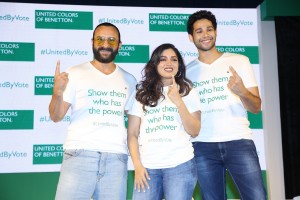 Commenting on the narrative of the film,Titus Upputuru, Creative Head, Taproot Dentsu Gurgaon said, “We were really excited because we wanted to bust the myth about power. The typical farce that happens during elections is politicians claiming that they can do this or that for the public; in saying so they seem to portray that they have the power to give us what we need and decide what we should eat, wear and believe. We wanted to tell the truth, that the power actually lies in the hands of the voter, because he or she decides who should govern and serve the country.”

The launch of the campaign was validated by the voices of today and future – the students in the audience, further reaffirming that Benetton India continues to call upon the evils that have destroyed the social fabric and has dared to become a voice that questions all that divides us. An engaging discussion revolved around a progressive India, how voting is everyone’s right and why it matters to exercise this right.

The #UnitedByVote campaign echoes Benetton’s commitment to India as a purposefully important market. With the successful initiative of #UnitedbyHalf, #UnitedbyFaith,#UnitedbyHope,#UnitedbyHer,#UnitedbyPurpose, #UnitedbyDonts, #UnitedbyChange, #UnitedbyPlay among others; Benetton has been constantly taking initiatives to work towards the five key priorities for gender equality: Sustainable livelihood, Non-discrimination and equal opportunities, Quality education, Access to healthcare and Combating violence.