TRIED AND SOILED LINGERIE, DOES IT GO IN RETURNS 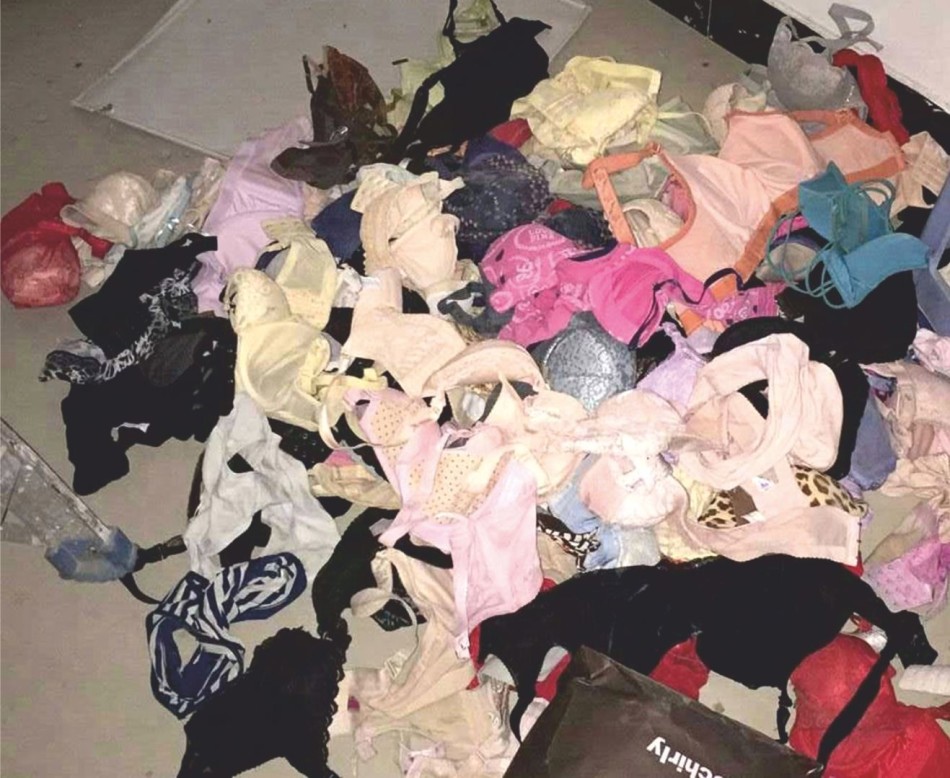 Trying on lingerie for the right size is a common practice and every woman adopts this no doubt. However, what happened to the lingerie that is put on trial?

Does it get sold at a discount? Does it get returned to the respective brand by the retailers and dealers? And then, what happens to the lingerie that gets a little soiled due to human handling? Does that also get returned?

We explore this space of tried and soiled lingerie and if it falls in the ambit of the brands’ policies of product returns? 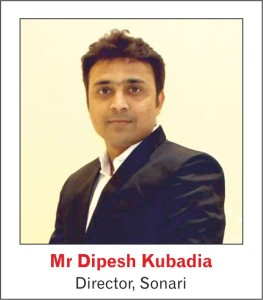 Mr Dipesh Kubadia, Director, Sonari, said that the brand usually gives away this kind of lingerie to an NGO. “For e.g., we gave 30,000 pieces to the flood victims of Kerala. Also the dead stock, discontinued styles, some sizes such as mixed ones, which can’t be sent anywhere are packed off here. Some sizes get sold more quickly and whatever sizes remain are all put on discounted rates. We mix the styles and sizes and during sales, we give them at discounted prices,” he said. As for tried lingerie, he says that it doesn’t come back to the brand. According to Mr Kubadia, in retail, the tried lingerie is only sold to the customer. “There are no brands or shops in the market where tried lingerie is kept aside and returned. This is something that I haven’t seen and not aware of,” he adds. 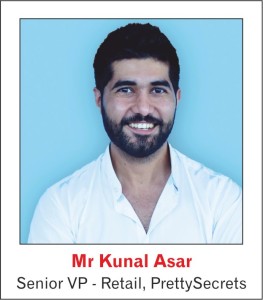 “According to our policy, we accept tried and soiled bras and nightwear provided it falls within the 15 days return period and all tags are in place. Panties and shapewear cannot be exchanged/returned for hygiene reasons.” 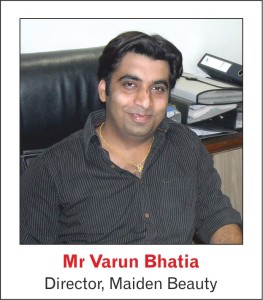 Mr Varun Bhatia, Director, Maiden Beauty said that their brand was totally against the policy of taking back products that are tried and worn by customers. “You can say that we have zero return policy from the retailer as well as for the customer. If a customer has some genuine manufacturing defects, we take the product, back from the customer and repair/ alter it and return to them. As we have the negligible return of soiled and worn products, there is not enough quantity to give as charity. We preferably consider them as waste and dispose of them. There is no point in giving such tried and worn lingerie to somebody else as we will never be able to sure about the hygienic conditions in which the product has been tried and worn by the customer before returning the same,” he stated. 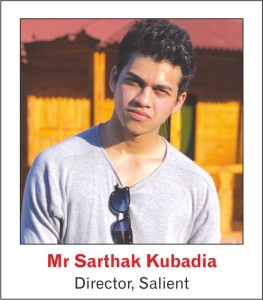 Lingerie brand Salient too sells its soiled products at discounted rates in bulk but not charity. Mr Sarthak Kubadia, Director, Salient, says, “I don’t think brands offload tried lingerie to charity. But I think it would be a good activity to do so as Corporate Social Responsibility (CSR) of a business.”

So, when it comes to the percentage of such returns it is quite negligible. While Sonari’s returns are hardly 0.01 per cent annually, for Salient is 2-3 per cent.

For PrettySecrets, the percentage is <0.10 per cent against average rate of sale per month.

Offloading to smaller towns and retailers

However, when it comes to such tried and soiled lingerie, we wonder if brands ship it to smaller towns and offload them to smaller retailers.

Mr Kubadia mentions that Sonari does not engage in this policy. “The customers in small towns are also equally important to us as the big cities. So, we offer quality and fresh products to them as well.” It’s also not sent back to stores in the form of recycling, he adds.

Salient though, refinishes soiled bras. “As far as soiled bras are concerned we refinish the garment and if it is in a decent condition after the refinishing process then it is sent to stores again,” states Mr Sarthak. 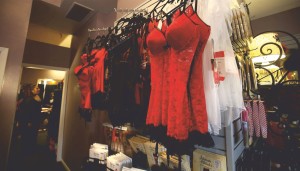 PrettySecrets too refurbishes their products. “We refurbish products, in case they get soiled or damaged in the extreme scenario where it can’t be refurbished, we sell it in stock lots.

In the warehouse, products are kept within protective covering along with necessary cleaning. There are also QC and quarantine areas that segregate soiled and tried products, mentions Mr Asar.”

Another point here is disposal of such lingerie in the form of destroying it altogether and remanufacturing. Brands generally stay away from this as destroying products and remanufacturing would cost them a lot. “There’s no point in using the resources we have to destroy and remanufacture the soiled lingerie. The time and energy taken for the process would be too long. Instead, it’s easier and cost effective to produce new, fresh pieces and use the resources to make a new product. It’s better to give the soiled lingerie to NGOs and in charity. At least this would help them. Also, people are very sensitive about innerwear as it involves hygiene,” opines Mr Kubadia.

Brands have their own ways of dealing with tried and soiled lingerie. But what do retailers do and tackle this issue? Do they send it back to the brands? 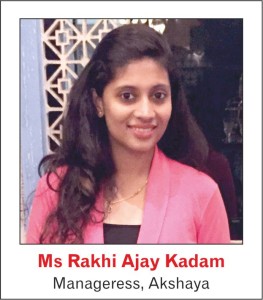 Ms Rakhi Ajay Kadam, Manageress, Akshaya, The Lingerie Shoppe says, “Tried lingerie given for trial is what the customer gets (bras). Soiled lingerie is returned to the respective brand depending on their policies, such as returns in 30 days, 60 days, etc. We put the lingerie on sale if the brand doesn’t take it back after the stipulated time.” 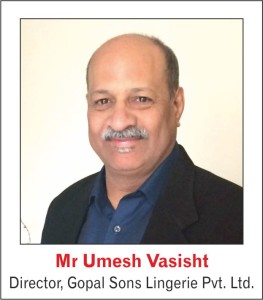 Mr Umesh Vasisht, director, Gopal Sons Lingerie Pvt. Ltd. says that firstly, they give only dark colours for trial. “Then, we always try to sell that very piece of lingerie to they customer. If there’s a size iss0ue then we keep the lingerie, repack and sell it to another customer. And also, it’s very rare that we have to return the lingerie to the brand,” he mentions.

When it comes to soiled lingerie, Mr Vasisht concurs with Ms Kadam and says that it depends on how good their relations are with the brand. And then they offload this lingerie during the sale period that is there during the festival period. 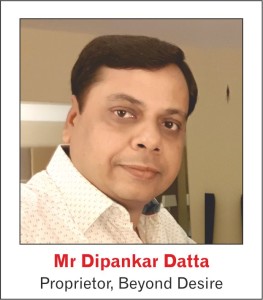 Mr Dipankar Datta, Proprietor, Beyond Desire that if the customer does not want the trial product, we have to give a fresh piece. It goes as a loss, dead stock or we have to sell it. “Our salesgirls are very well trained to help the customer with the right size” says Mr Datta. When it comes to what remains of the lingerie, he states that in the basic models, one piece in almost every size does not get sold. 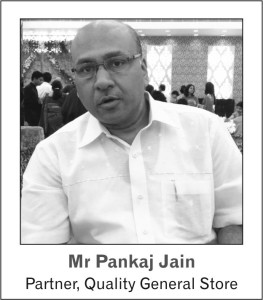 Then there are some retail stores that do not have a trail room. Mr Pankaj Jain, Partner, Quality General Store opines, “We don’t have a trial room and if the customer takes it from us and wants it changed later, we do exchange it for them. Also, we do not return tried lingerie to the brand and if the tag is intact and everything is in place, we sell it to another customer. The company does not take such lingerie back.” 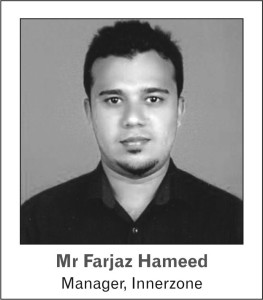 Mr Farjaz Hameed, Manager, Innerzone says, “We keep the tried lingerie with us and don’t return it to brands. We have an offer/discount once a year and we offload those pieces during this period.”

Most retailers state that soiled lingerie can be returned to the company depending on the relations the retailer has with the brand but the percentage of this is very low as most retailers sell off this lingerie at discounted prices. Also, most retailers try to maintain strict cleanliness when it comes to keeping the products intact. “Our salesperson is present in the trial room to hold the lingerie and help the customer. Storage is also taken care of; we clean the drawers daily to ensure that lingerie is not soiled. We to keep it in boxes in the godown below the store and get it upstairs on a daily basis. We clean the display and the storage everyday to keep the lingerie safe,” Ms Kadam tells us. 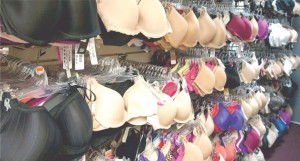 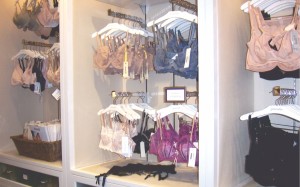 Mr Hameed says that they do return soiled lingerie it to the brand. “The percentage of returns would be lesser than 2 per cent on a yearly basis of such lingerie,” he says.

For Akshaya, Ms Kadam says that if it’s a six month old product it goes in returns and about 20 per cent is returned to the brands annually.

Whereas Mr Vasisht tells us, “The returns of soiled and tried lingerie don’t even fall in the percentage category. It must be hardly 5-10 pieces in a year, so it’s very minimal.”

“For soiled and defective lingerie, we immediately check it, notify the company and return it. In a month, there are hardly 2-3 soiled pieces. This is a very small fragment,” Mr Datta states.

Also, when it comes to offloading such lingerie in smaller towns

As far as brands destroying lingerie and remanufacturing it is concerned, retailers mention that they haven’t heard of any such brand in India who does it.

To conclude, it seems that there are hardly any product returns of tried and soiled lingerie and very few brands refurnish their unsold and soiled products. Besides, there are no known brands that destroy their returned products and remanufacture them. So, it’s safe to say that most brands and retailers try to sell off the lingerie on trial as well as the one soiled.