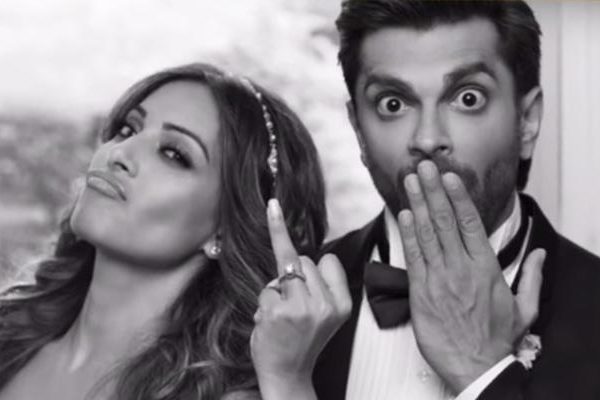 Love has been brewing enough lovey dovey chemistry in the lives of Bipasha Basu and Karan Singh Grover. Amid much of speculation and when is the D day the couple had announced their wedding plans and dates a few weeks back.

Bipasha, 37 and Karan 34 had met professionally on the sets of Alone and the media was since then abuzz with their close proximity with each other and the moments they were spending together. But the couple who until now were maintaining a sweet low has suddenly decided to reveal it all, and all too with the much awaited Mr & Mrs tag to seal the deal.

As the Wedding bells are ringing in the vicinity for actors Bipasha Basu and Karan Singh Grover, who will get married on April 30. We decided to unveil one more streak of compatibility this much in love couple shares.

Yes! apart from being so closely compaitable and understanding, the couple had a bigger picture called destiny working in favour for them. We stepped a little deeper into their professional life and a flashback to a few years back revealed that incidentally our lady and man of the moment has modelled as the leading face for one of the biggest hosiery  name of our country: Rupa.

While Karan Singh appeared for a Rupa Frontline advertisement back in 2011, his lady love was cast for an ad for Rupa Softline leggings only  a year back . At this juncture when the couple is ready to walk the aisle on April 30th with a cosy Bengali wedding, followed by an evening of celebration, we can’t help but thing Rupa had a big role to play in bringing the actor together by knitting some yarns in their destiny to spell compatibility.

We can only wish much luck and happiness to a couple who are so closely blessed by a strong destiny, that always brought them closer, much before they actually decided to get close and real!