WHY ARE INVESTORS SO HOT ON UNDERWEAR?

A lot of money yet is being poured from seed funding to established brands and players, over the past several years indicates growing investor interest in brands. From Sequoia Capital to Reliance Retail Ventures, over 50 venture firms and angel investors closed deals for underwear startups since 2012, ever since Zivame and Lovable got their first funding. 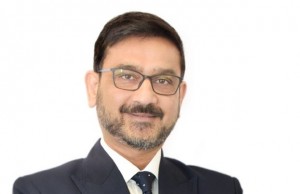 “Innerwear alone in the India is a $4.0 billion-plus market per year in terms of revenue,” says Shekhar Tewari, CEO of Modernik Lifestyles a merged entity formed by the merger of Dixcy and Enamor.

Multi-billion-dollar opportunity
The market for women’s innerwear is slated to grow to $11-12 billion by 2025 about $6 billion in 2020, according to a report by RedSeer Management Consulting. The segment includes core categories – brassiere and panties – and ancillary categories – nightwear or loungewear, athleisure, swimwear and shapewear.

Advent paid 350 crores to acquire Enamor brand from the Hindujas in 2019, while they had acquired Dixcy a mass market men’s wear brand in which they had invested 850 crores over a 5-year period to slowly step up their stakes in Dixcy Scott from the Sikka’s to invest 100% from 2013 to 2018. These acquisitions have generated a lot of interest within the industry and outside the industry which saw this as a vilification of the strength of the innerwear sector. 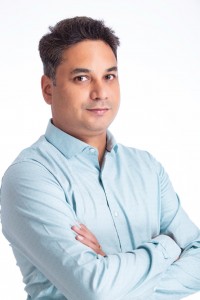 The RedSeer report talks about a few “breakout categories” which are likely to witness the highest growth in the years ahead. Sub-segments such as branded mid-premium lingerie, branded athleisure (includes loungewear and activewear), and branded ancillaries (includes swimwear and shapewear) are slated to witness rapid growth, as per their report.

Brands such as Enamor, Zivame, Clovia and Amante operate in the branded mid-premium lingerie segment, which is the most crowded segment having a plethora of foreign, MNC as well as homegrown brands. These brands are now being defined as “affordable yet high-quality lingerie preferred by women.” 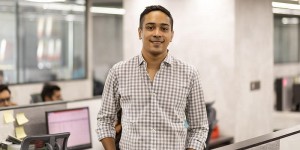 According to industry data, innerwearstartups and companies have closed 22 venture rounds since 2013 — of which are some are very early-stagestartups, as investors test the waters.

Underwear may seem like a strange choice for the finest VCs, but basic brands and investors both have a lot to gain by mimicking the business plan of a typical tech startup.
“It’s very difficult to scale a business with inventory and product without sufficient capital. If we don’t have a product to deliver against the demand we’re creating, then we’re dead,” says Suman Chowdhury, one of the founders and CEO of Clovia.
“The holy grail for a brand is to have a direct conversation with the customer through any channel, or you’re terribly vulnerable when you have to worry about shelf space and who the favorite brand of the season is,” says Suman. “If you’re working with a company optimized to replenish inventory and get the customer to buy directly from you, it becomes really powerful.”
“If you think about the tools that we have today with social media — Instagram, Snapchat, obviously Facebook and Twitter — there are a lot of unique ways we can connect directly to customers to deliver our message, tell our story, and sell our brand, and those didn’t exist 20 years ago when companies like Rupa or Lux etc got started,” says Yogesh Kabra CEO of XYXX a ubiquitous brand that started merely in 2016 has scaled up an investment of over 36 cr in just six years. Even as we speak K.L. Rahul has invested 11.2% in this fledgling company which has a great outlook ahead
“This category specifically is one that has historically been very commoditized — it’s really all been about cheap, multi-pack, mass-produced stuff to buy on sale — but that is very different from the role that these products play in a consumer’s life,” says an

industry expert. “This is the only thing in your closet that you wear every single day — it dictates how comfortable you are, how your other clothes fit and feel, and it matters,” he says.

And once a customer is sold, on a brand, you have a straight shot at keeping that customer for the long-run. People always need more underwear, sizing is relatively static, and there’s not much advantage to shopping in-store for a product you can’t try on.

“Investors like it because of the repeatability and the consumable nature of what we sell — customers come back on a replenishment cycle, whether it’s explicit because we have some kind of auto-replenishment system, or whether it’s something that we stimulate through CRM,” Yogesh says.

And that’s where tech comes in handy. By reminding customers to replenish their socks and underwear through an app, these tech-driven basics brands are able to boost their sales revenues at startup speed. Online brands saw a 400% growth in revenue last year, and Myntrareports 200% year-over-year growth with a 40% reorder rate in less than six months.

The online segment is slated to have sales of $1 billion annually by 2025.“That’s what’s really getting a lot of new VCs excited about brands — there are these massive markets, like underwear alone, and if you take a more modern approach and think outside the box there are some really interesting ways to make a big dent in that market really quickly,” says ShekharTewari.

The RedSeer report states that growing demand from smaller towns will be a major growth trigger for the women’s innerwear segment.

Online players are primed to disrupt the fragmented markets in tier II and beyond cities by offering greater variety, quick and convenient delivery, privacy and right pricing.

The newly merged entity will be called Modenik Lifestyle and will be headquartered in Bengaluru. Modenik will have a portfolio of five sub-brands – Dixcy Scott Originals, Dixcy Scott Maximus, Josh by Dixcy Scott, Slimz and Enamor.

They further added that the merger of Dixcy with its strong distribution network, and Enamor with its strengths in style and product design is expected to accrue value for all stakeholders including consumers, employees, shareholders and partners.

Sunil Sethi, who was the executive Chairman of both the companies, will continue in his position. Further, Shekhar Tiwari, previously the CEO of Enamor, will take on the role of Chief Category & Operations Officer of the merged company.

“This is much more than creating a larger business. It’s about realizing our vision of ‘Being the most preferred company for comfortable & fashionable essential clothing,” said Sethi.

Reliance Retail is very gungho on the women’s innerwear market

Reliance Retail Ventures, an arm of the oil-to-telecom conglomerate, recently acquired an 89 percent stake in the parent company of lingerie brand Clovia for Rs 950 crore. With the acquisition of Purple Panda Fashions, Reliance Retail now houses three lingerie brands – Clovia, Amante, and Zivame.
The lingerie or women’s innerwear market saw the emergence of several direct-to-consumer brands in the early years of the past decade, some of which have gained a significant scale.

Besides Clovia, Amante, and Zivame, Enamor, Lovable, Trylo, Juliet are among the several brands in the mid-premium to premium lingerie segment. The rising demographics of working women and their propensity to spend on themselves, together with greater education around ‘wearing the right lingerie’ led to the inception of these brands.

With their success, major retail companies have also realised the potential of this market.
Experts said that while there are a few brands that have succeeded in the mass segment such as Rupa, Lux, Dollar, Dixcy Scott, they operate in the men’s segment, and so there is scope for growth in the women’s innerwear segment.

Reliance Retail, too, has set its sights on this rapidly growing segment and is building its play organically as well as inorganically.