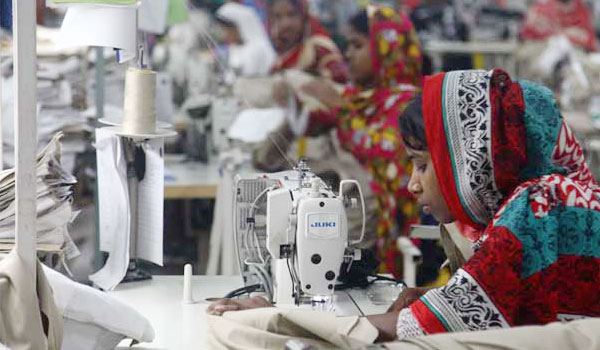 Bangladesh’s duty-free import trade of readymade garments (RMG), has left apparel industrialists worried. They said that China was selling selling goods to India while taking undue advantage of the free trade. Bangladesh was allowed to export more than 60 products including RMG to India without any duty, under the South Asian Free Trade Area (SAFTA) agreement; and, this share in international RMG market is second only to China. The value of RMG imports from Bangladesh was $104.25 million in 2014-15, according to industrial sources.

It hit $499.09 million in 2018-19 and Bangladesh’s exports to India, especially RMG, grew up to 480 per cent in the last five fiscal years, though the country did not take advantage of the SAFTA agreements. The domestic textile business faced stagnation due to the imports from Bangladesh, which is also regarded as one of the main factors for this situation. Bangladesh enjoys various trade advantages as it is one of the least developed countries. Also, they have an advantage of cheap labour and all these factors have put Bangladesh in the second place in RMG exports.

Besides, manufacturing units have been established in Bangladesh by many big Indian apparel industry players and they are also involved in exports to countries that also include India. China, though, posed the biggest threat, said the apparel industrialists, as several Chinese companies took advantage of the duty-free exports from Bangladesh to India. A Sakthivel, Vice-Chairman, Apparel Export Promotion Council, said that they had learnt that the textile companies from countries such as China provide fibre and fabrics to units in Bangladesh and get them exported as finished goods to India.

A hosiery unit owner said that China uses the trade advantages in Bangladesh to sell its fibre as well as machines.

Shashi Agarwal, South Zone Secretary of the Federation of Hosiery Manufacturers’ Associations of India said that GST was imposed on the textile goods sold in the domestic market by the Indian government. However, the same products from Bangladesh reach our domestic market without any duty and there would be a 10-15 per cent cost difference between both the products. Also, compared to transporting from West Bengal, in case of transportation cost, it would not be higher from Bangladesh. Agarwal added that the central government was not taking steps to solve the issue, despite of various representations. Sakthivel stated that the government, enforcing restrictions, should ensure that for goods imported from Bangladesh, fibre and fabric is produced and manufactured in that country itself.