Walmart owned Flipkart is set to include regional language interface, video streaming, and feeds that encourage social engagement in a bid to expand from just an e-commerce platform to a bigger local and social-engagement one. To get the next 100-200 million Indians to transact on its platform, Flipkart was also revamping its app. Launching feeds for product-related content marketing, introducing video content in association with Over The Top (OTT) media services, and launching its app in Hindi, were some of the changes that would be a part of Flipkart’s strategy.

Kalyan Krishnamurthy, Group CEO, Flipkart, said that with all this, the Flipkart app would change completely. He added that their focus was to tap into the growing middle-class, sub-30-year-old, value customers across smaller cities and towns and the way to do this was to replicate a customer’s offline shopping experience on the app.Flipkart mentioned that it has associated with several content platforms to offer shows and entertainment series called ‘Flipkart Videos’, a curated range of movies, which it would also look at monetising though advertisements. 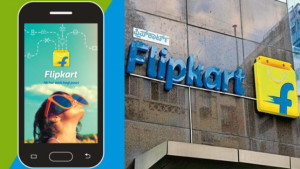 Krishnamurthy said that they were already starting with partnerships and that in the next six months they would be having a broader video play. He further stated that they believed that their customers should not pay extra for premium content. Driving affordability, strengthening technology and engineering stack to ensure better search, enabling voice as a medium to interact, financial inclusion, and expand selection, are other initiatives that are in line to make this big jump.

Besides, the company is launching ‘Flipkart ideas’ that will work with brands and influencers to produce content on several topics that include, wellness, fitness, health, cooking, and photography. This effort was made to keep customers hooked to the platform from a commerce perspective. Jeyandran Venugopal, Head Consumer Experience and Platform, Flipkart said that they realised that customers end up going elsewhere for post-purchase research, which also included simple things such as unboxing, installation, product features, etc. He added that they wanted to be there from pre-purchase to post-purchase utilisation. Prakash Sikaria, Head, Growth and Monetisation said that to begin with content from more than 30 brands and 400 influencers would be showcased with associated products from Flipkart, which would be in all multimedia formats such as videos, GIFs, images, stories, quizzes, and polls.