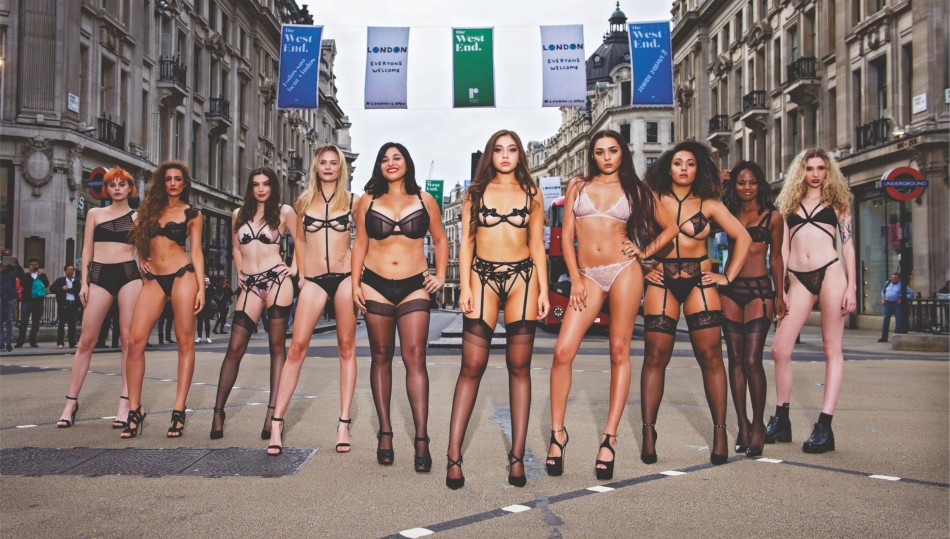 Bluebella has staged its most daring lingerie campaign yet, sending 19 models to strut their stuff in skimp smalls on one of London’s busiest junctions.

But bosses feared they would have to scrap their ‘Dare To Bare’ campaign – which involved 19 fans of the brand criss-crossing the street in its award-winning lingerie – when police arrived.

But once the two officers realised the women were only posing for the cameras in the road when the green man was flashing, they gave it the all-clear and the fun-loving Met pair even posed with the lingerie wearing group.

Bluebella organised the show early in the morning to minimise congestion ahead of London Fashion Week.