50 Cent Strips Off His Clothes for New Underwear Campaign 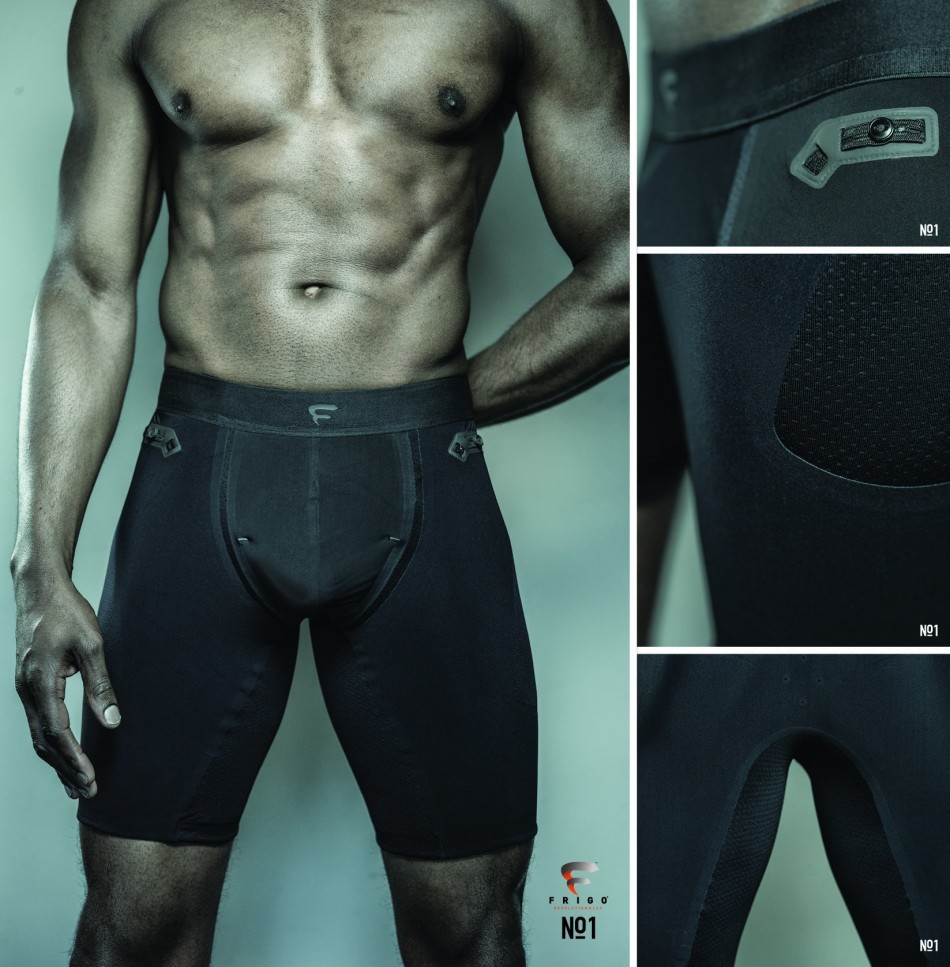 World renowned American rapper, singer, entrepreneur, investor and actor from New York City 50 Cent doesn’t wear just any underwear. He wears FRIGO, his own high-end line, and he’s bulging out there for the world to see. This underwear costs $100 a piece.
50 Cent’s body is worth a heck of a lot more than a half-dollar in these gratuitous pics.
The “In Da Club” rapper teamed up with underwear brand Frigo and gave fans a look at his newest creation. 50 Cent, whose real name is Curtis Jackson, puts his best modeling foot forward and smolders into the camera for these shirtless pics.
Frigo Underwear uses advanced technology to create revolutionary underwear for active men. Frigo was originally designed as performance underwear for top athletes, but this game-changing collection is now available for anyone looking for an exceptional fit for everyday wear. Made with soft fabrics that are designed to give you the ultimate fit and support, Frigo revolutionary underwear will make you rethink underwear!
Frigo Underwear was developed by a European team of experts who fused cutting-edge patented technology with top performing fabrics to reinvent underwear as we know it. Their revolutionary designs were tested by a panel of men across the globe before becoming a favorite amongst high performance athletes and men throughout the world. Frigo’s luxury performance underwear is able to give you the ultimate support through the use of their patented FRIGO Zone, a mesh pouch with a soft-lock adjustment system that offers a custom fit.
The Frigo No. 1 Boxer Brief (has a state-of-the-art fabrication: constructed mostly of smooth performance microfiber with ultra-light fabric on the crotch so you don’t feel constricted. It also features breathable mesh zones to keep you cool and has a unique laser-cut ventilation system and Coolmax wicking fabric to help keep you dry.