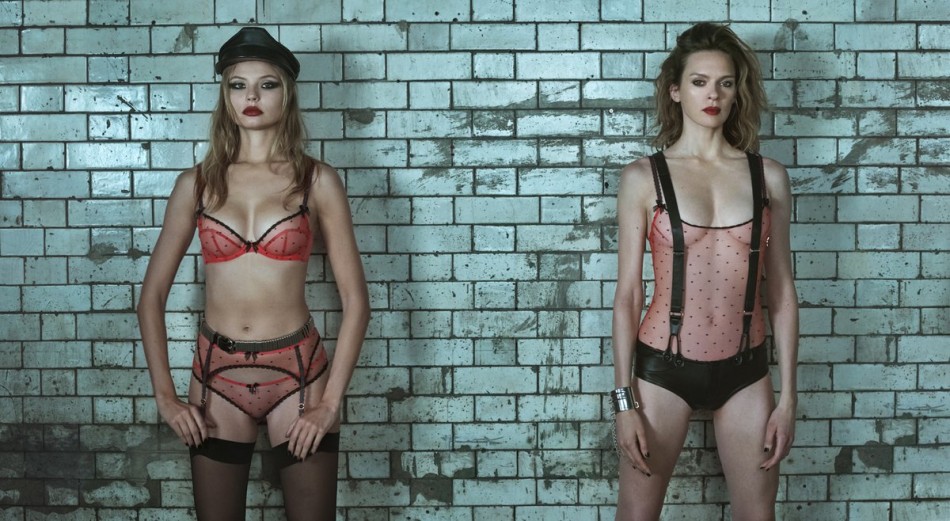 Founded in 1994 by Joseph Corré and Serena Rees. Agent Provocateur has always been a game changer. They have been breaking the stereotype rules and been chalking out everything that is innocent with their daring bold sassy lingerie designs. Their collections have signature elements season after season, combining the avant-garde with a naughty and theatrical playfulness and of course, the very best fabrications.

For this Autumn/Winter, AP have released a film directed by Anton Corbijn – a film director, music-video producer, and photographer all rolled into one, who is behind films such as Control, The American and A Most Wanted Man with a soundtrack ‘Pray For Rain’  by Massive Attack, the brand new film sees a game of two halves unfold under dim, flickering lights and against high stakes.  Models Elise Crombez and Magdalena Frackowiak play a hot game of strip pool beneath the glow of dim lights in front of an audience of eager loud men.

Crombez sports an edgy look with her black Deanna lingerie set and biker jacket while Frackowiak appears softer in a peachy Chantilly-pretty lace set. It’s clear that there is something for everyone in the upcoming collection whether that be sweet, playful, kinky or a little naughty. The film embodies the essence of Agent Provocateur with its portrayal of strong, confident and seductive women. 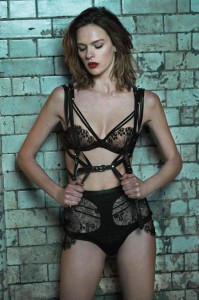 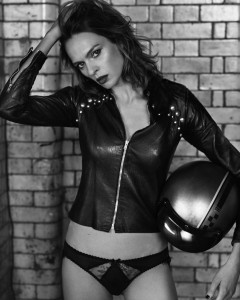 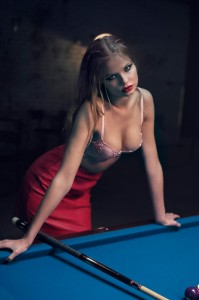