Animation and Lingerie Were China’s Top Performing IPOs in 2015 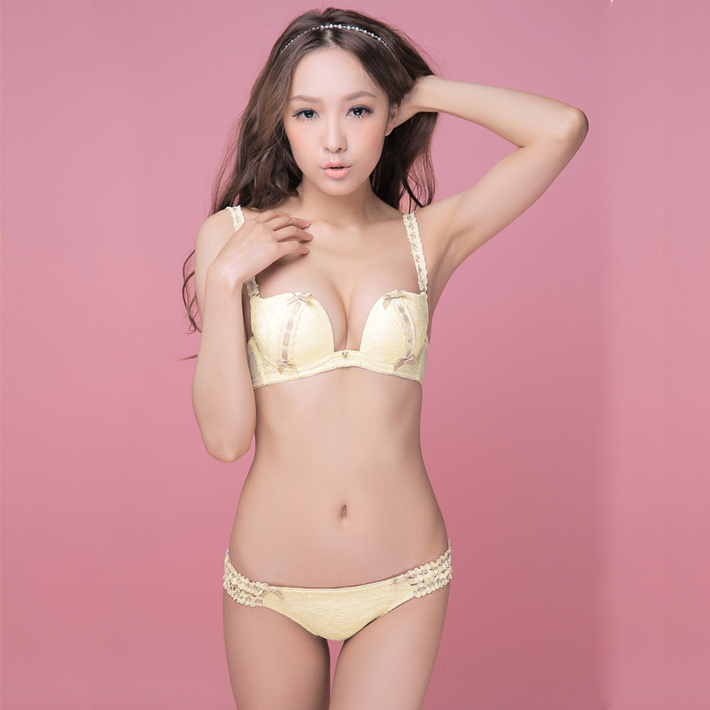 Like any kid from the 1970s in China, Jason Zhuang Xiangsong was captivated by comics based on the legendary Monkey King and dreamed of creating a Chinese version of Astro Boy — a renowned Japanese animated character who flies through the air on rocket-propelled feet.

Now Zhuang, chief executive officer of China Animation Characters Co., has managed to soar high himself. His company had the best-performing initial public offering in Hong Kong last year, returning more than 125 percent to investors between its March debut and the end of the year.

“We are very confident in our business model,” Zhuang, 46, a native of Chaozhou in Guangdong province who in 2013 started his company making toys based on cartoons licensed from Japan and has been diversifying into animation-focused amusement centers in malls, film-making and virtual reality games.
Along with China Animation, the next two top-performing consumer-focused companies that went public in Hong Kong last year, lingerie-maker Regina Miracle International Holdings Ltd. and cinema operator Imax China Holding Inc. highlight a shift in Chinese buying habits. They returned 102% and 76% respectively on the index of Hong Kong IPOs with at least $50 million in market value tracked by Bloomberg. As Beijing’s three-year austerity and anti-graft campaigns curb displays of wealth, rising average wages over three decades have spawned a working and middle-class with more discretionary cash. 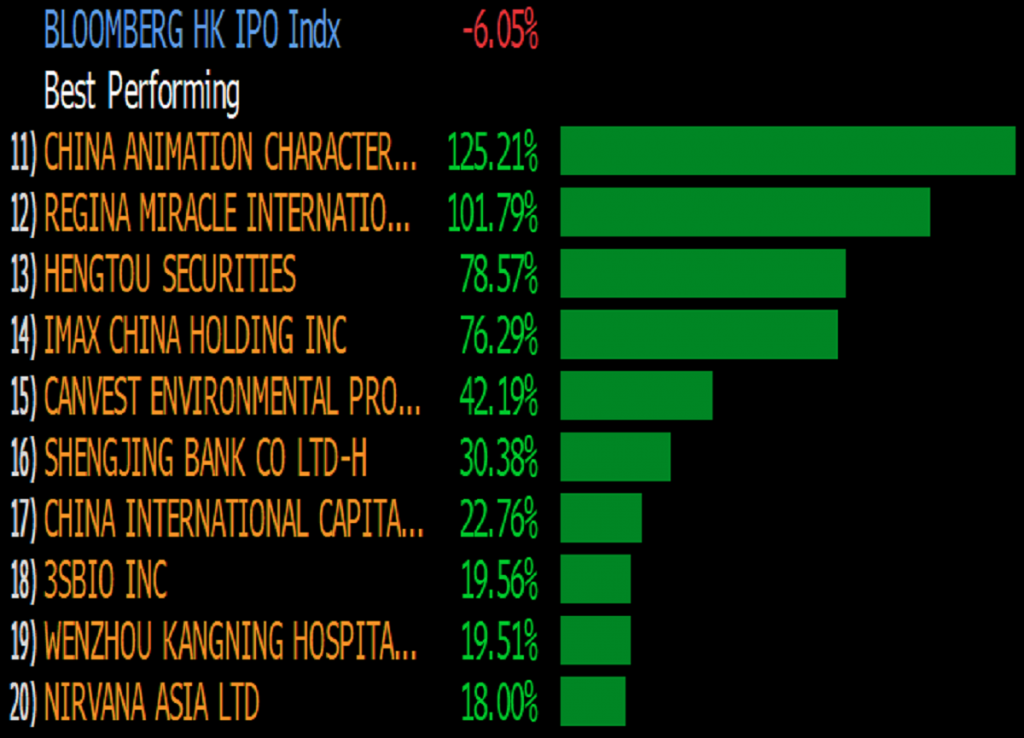 There’s room for growth. Recreation currently accounts for 9 percent of personal consumption spending in China, compared with 16 to 18 percent in the U.S., Japan and Korea, Goldman Sachs Group Inc. analysts wrote in a September report.

Millennials — typically born after 1980 — grew up in a more stable China than their parents and are exposed to Western culture, which “will make them the prime consumer group to drive spending on leisure,” the report said, citing sports, travel, media and online gaming as key areas to monetize.

Box office takings in the country are expected to grow 20 percent a year over the next five years to reach $18.8 billion in 2020, overtaking the U.S. market in 2017, according to Credit Suisse Group AG. That’s benefiting large-screen cinema operator Imax Corp.’s China unit.

Yet high-end lingerie could be regarded as safe from scrutiny as it’s not used as a gift in return for official favors, and even gem-encrusted bras are generally not worn to be shown in public. More Chinese consumers prefer branded intimate wear now, due to rising living standards and income levels, according to consultancy Frost & Sullivan’s president of Greater China, Neil Wong.

The lingerie market in China has been growing in the double digits since 2010 and exceeded $20 billion as of 2014, the consultancy said.

That’s a boon for Hong Kong-based Regina Miracle, whose factory in Shenzhen produces lingerie for premium brands such as Victoria’s Secret, Calvin Klein and Under Armour. Its October public offering made Chairman Hung Yau Lit a billionaire.

“By definition it’s not for ostentation, it’s not to show off,” said John Hooks, director of high-end Italian lingerie-maker La Perla, which has eight China boutiques and plans to open as many as four more by the end of 2017. “We’re not really affected by a lot of the more public clampdowns on conspicuous consumption.”