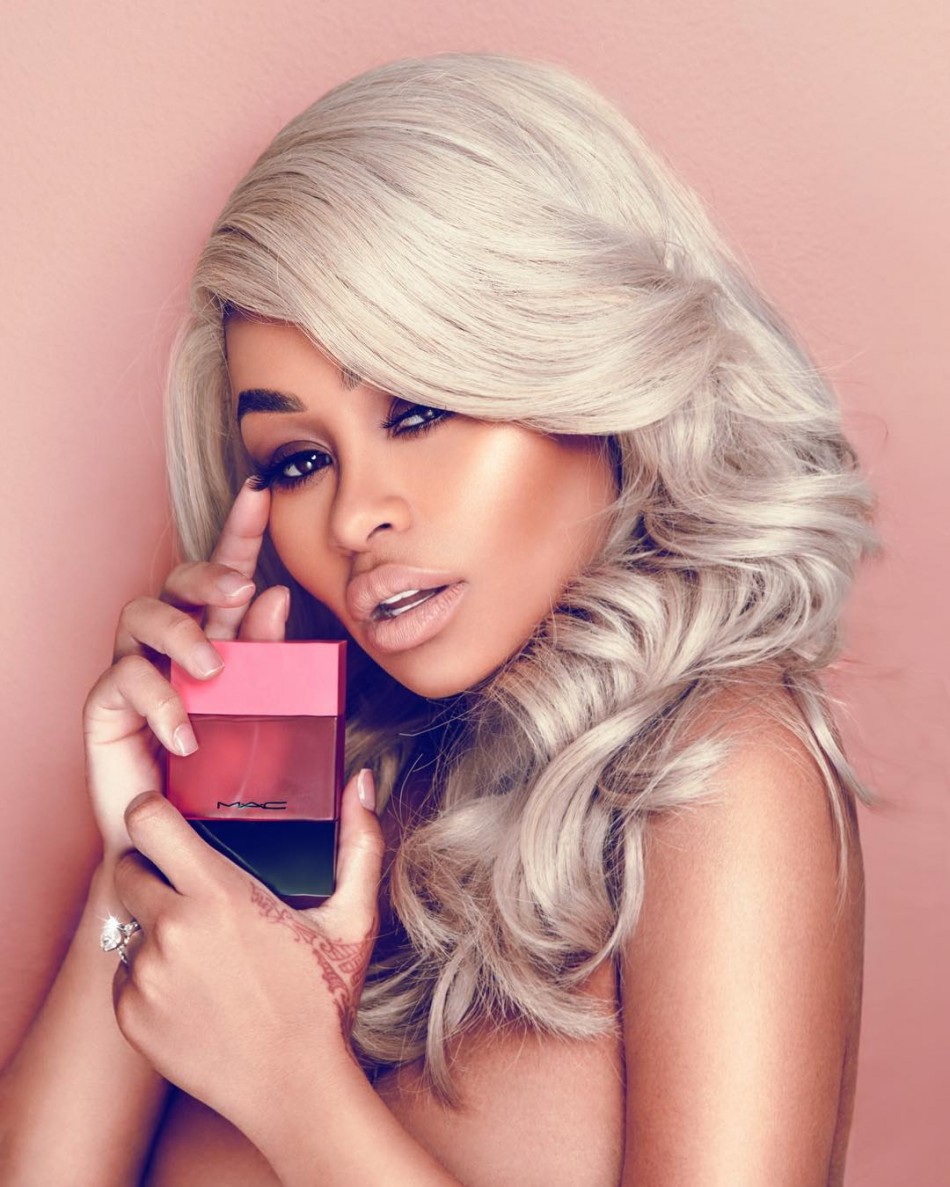 Angela Renée White, professionally known as Blac Chyna, is an American model and entrepreneur. She is often referred to as a “video vixen” due to her frequent appearances in hip hop music videos. The mother of two has also been hard at work losing the baby weight after welcoming her daughter, Dream, with fiancé Rob Kardashian in late November. So far she has shed more than 23 pounds and the hot mama is taking the advertising world by storm in her sexy new ad campaign for MAC fragrances.

In the photo, the reality star is wearing black lacy lingerie with matching gloves and a large statement necklace, while holding up a pink bottle of perfume. Her giant engagement ring sparkles in the shot as she poses with her long, curled hair and smoky eye makeup.

Chyna is now a fragrance ambassador for MAC, which she announced last week with a topless photo.

“Pink has always been a signature part of my look from head to toe and my signature pink Lipstick shade has always been @MACcosmetics eye catching Candy Yum Yum,” she wrote at the time. “Pink is a powerful color women and girls use to embrace their femininity. It’s strong and sexy! Now, I can express my vibrant personality in a new way with #MACShadescents.” 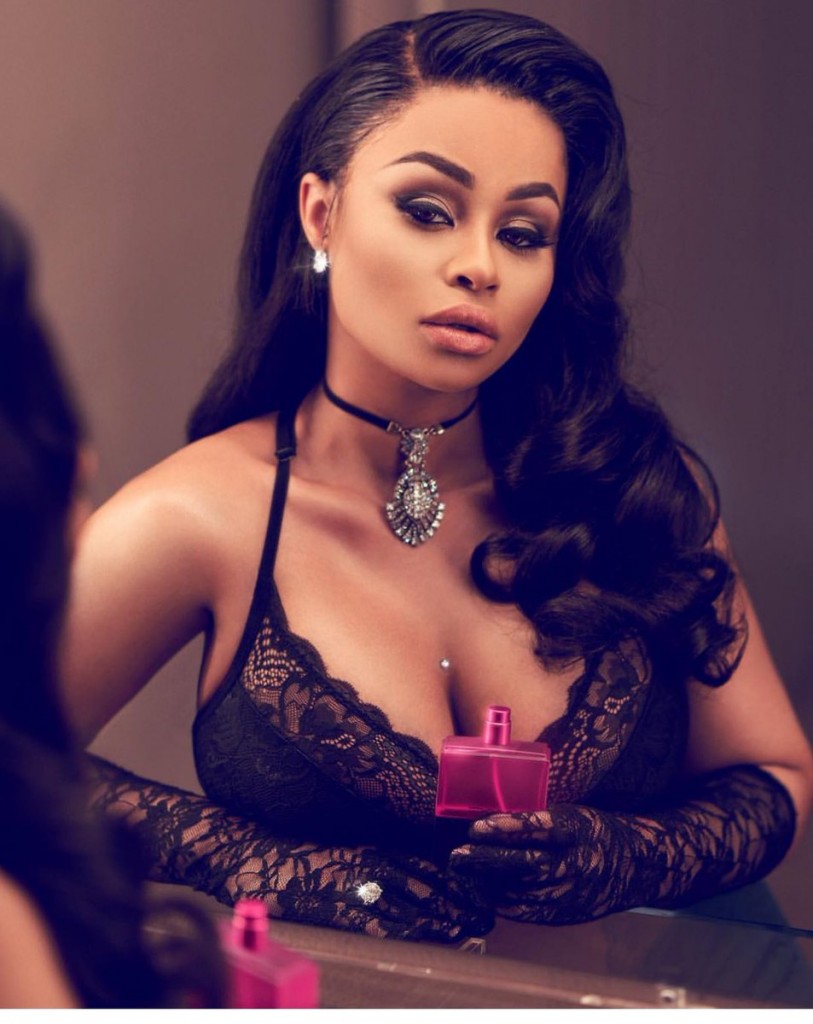