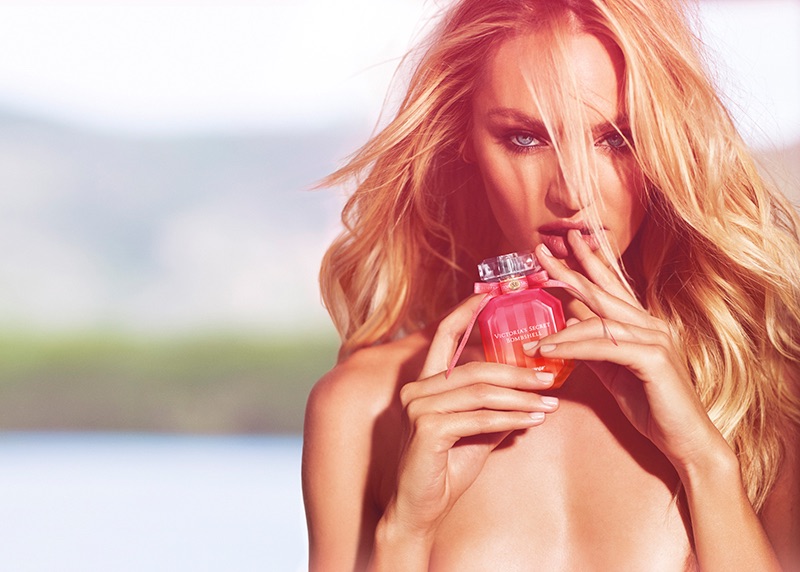 Angel Candice Swanepoel goes topless in Victoria’s Secret Bombshell Summer and Bombshell Paris scents advertisement. The 28-year-old VS Angel sizzles in the imagery as she poses in nothing but a pair of racy lace black underwear for the smouldering campaign.

Leaning against a white wall, the South African stunner showcased her incredible post-baby body while her skimpy lingerie highlighted her honed golden pins with a silhouette of the Eiffel Tower in the backdrop.

The supermodel flaunted her bronzed subtle skin in the image as she posed on her tippy toes, covering her cleavage with arms crossed over her chest while she looks straight down the camera lens.

With her blonde locks seductively tousled in a beachy curl, Candice worked a sultry smokey eye as she peered over her shoulder in the photo, shot by photographer Russell James.

In another candid snap from the campaign, the fashion star gets her close-up with the best-selling fragrances – which gets two new variations for this year.