DBT for farmers and tax incentives requested by textile companies 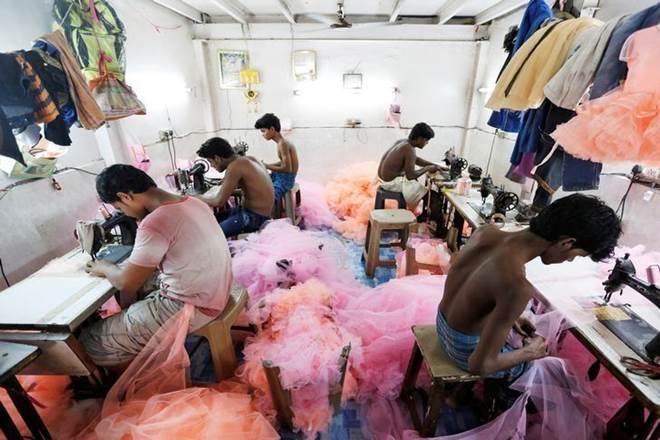 Growing imports from Bangladesh and Sri Lanka, a poor domestic demand and slow exports has resulted in one-third of the Indian textiles lying idle, the industry players. Hence, they have requested the government for immediate relief from this situation.

According to trade association body Confederation of Indian Textile Industry (CITI), as a damage control exercise due to excess stock lying unutilised in their godowns, spinning mills across India have recently cut down their production by 15 to 50 per cent.

Sanjay Jain, Chairman, CITI, said that textile and clothing segments are presently going through a deep crisis due to uncompetitive fibre prices, declining exports, incompetitiveness of our products in international markets, embedded taxes not getting refunded, and lack of working capital, among other issues.

He added that exports of cotton yarn have fallen 33 per cent to 226 million kg from 338 million kg a year earlier, from the first quarter ended June.

Poor consumer sentiment has resulted in a 10-15 per cent drop in the domestic demand, in turn impacting garment sales and festive season expectations.

The industry, which claims to provide direct and indirect employment to more than 100 million people, to overcome the situation has requested the government to extend its tax incentive scheme to the whole industry. Also, instead of offering a minimum support price (MSP) for their produce, they’ve urged the government to transfer subsidies directly to cotton farmers’ accounts through benefit transfer (DBT).

Jain also stated that CITI wanted the state governments to avoid incentivising new spinning mills for three years as this would prevent units from turning into non-performing assets (NPAs), because of excess capacity. Also, to ensure they don’t turn into NPAs due to the unfavourable environment, CITI has requested special moratorium for spinning loans.

The Rebate of State and Central Taxes and Levies (RoSCTL) scheme, is currently available on export of garments and made-ups (bed linen). The industry want the government to extend it to export of cotton yarn, as well so that the entire industry can become internationally competitive.

Through freely transferable scrips, RoSCTL allows reimbursement of duties on export inputs and rebate on embedded taxes such as agricultural cess, mandi tax, and power and fuel surcharge incurred in the production process. KV Srinivasan, Chairman, Cotton Textiles Export Promotion Council (Texprocil), said that the RoSCTL scheme was compliant with the World Trade Organization (WTO) norms and could be implemented immediately. He added that it would give India an advantage over Pakistan and Vietnam, who get duty free access to China and European markets, while exporting cotton yarn. Srinivasan said that depending on the products, RoSCTL refund can vary from 3 per cent to 5 per cent. At present, to export yarn to China and Europe, Indian exporters pay a 4 per cent duty.

Besides, industry players said that sales will be pushed further due to bilateral trade agreement with China for yarn and fabric and with the EU, Australia and Canada for apparels and made-up.

India fell to the fifth position in 2018 when it came to export of textile and clothing products, falling behind Germany, Vietnam and Bangladesh. During 2014-17, the country was the world’s second largest exporter of these products after China.