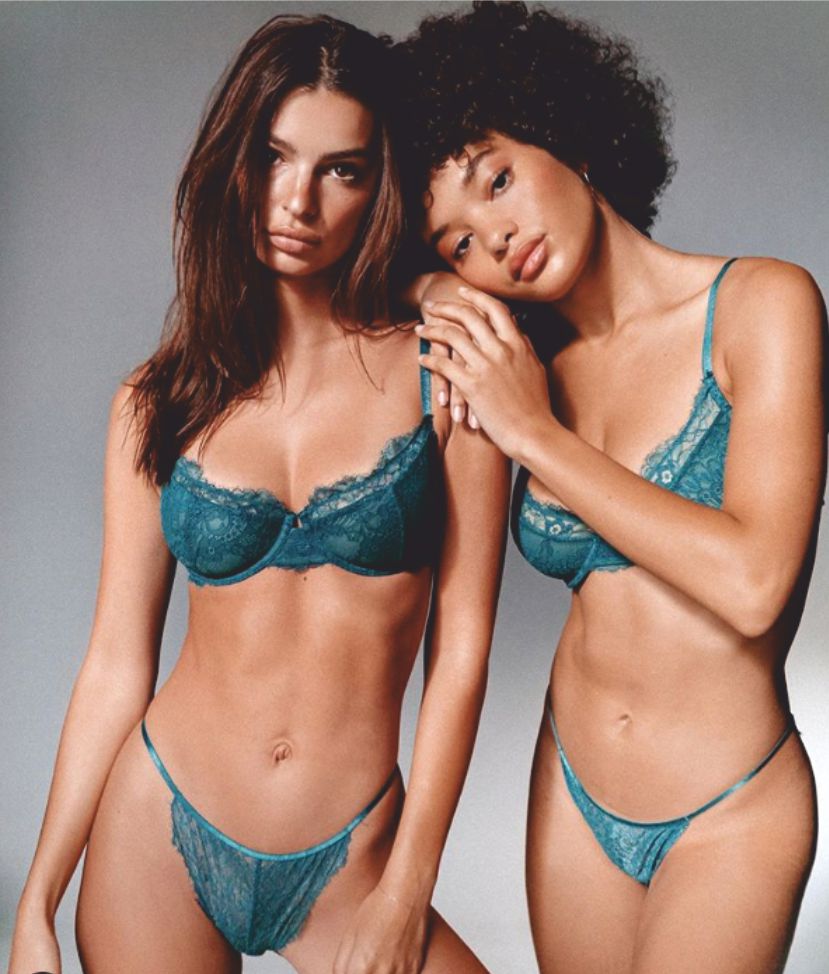 Emily Ratajkowski recently starred in her own lingerie brand’s new ad campaign and she looked stunning as ever. Her lingerie brand Inamorata Woman recently launched a new collection and shared many pictures of the campaign on social media featuring Emily in various lingerie pieces from the collection.

In one of the shots, Emily and fellow model Jamea Lynee can be seen sporting the new Inamorata black “Crosby” bralette and “Baxter” underwire bra respectively. The ladies also donned a pair of white Nike sneakers for comfort, which they paired with matching socks. 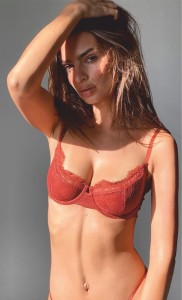 In another shot, both the models can be seen sporting the “Baxter” bra in fabulous teal colour with Emily donning new “Ludlow” lace bikini bottoms in the same shade whereas Jamea rocked the “Mercer” thong.

Emily launched Inamorata Woman in 2017 with a simple bathing suit line consisting of three bikini separates and three one-pieces. The brand has since branched out into clothing, lingerie and accessories and recently celebrated its two year anniversary.