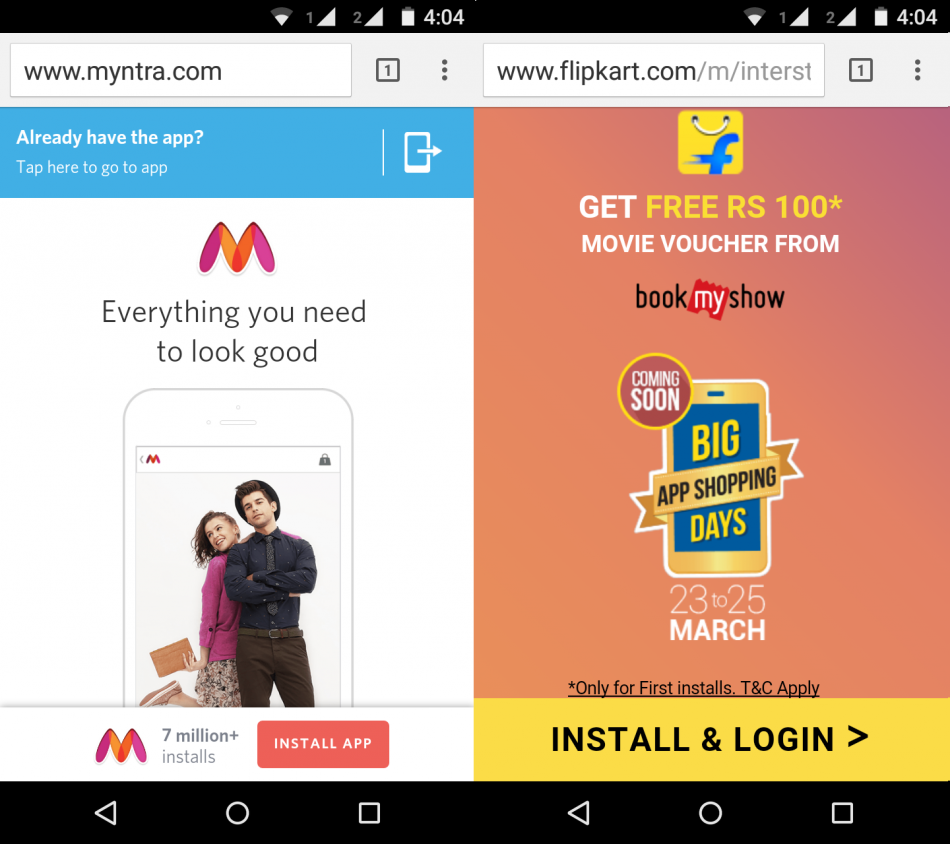 Moves by Flipkart Ltd and its unit Myntra to become mobile app-only stores are intended to save on the cost of running separate platforms and accelerate a consumer shift towards using smartphones as the preferred medium of shopping online. Depending on how you look at it and who you speak to, the moves are either bold and inspired steps to drive even more customers to the shopping apps or missteps that will unleash a customer backlash. It will be interesting to see if its competitors, Amazon and Snapdeal, will go the same way and shift completely to mobile. While we accept that mobile will become increasingly the way forward for internet companies in India, it doesn’t make good sense to shut down a mobile website. Flipkart and Myntra have already shut their mobile websites in their first big move toward becoming mobile app-only shops and both are considering shutting their desktop platforms. Here are some numbers that show why these companies are considering becoming app-only: Flipkart generates about 75% of its traffic from the mobile app, while that number is 90% for Myntra. Both the shopping apps are among the 15 most-downloaded apps on Google Inc.’s Android-backed phones in India. It would also seem that moving to an app-only model would limit a user’s ability to compare prices on other competitors websites. Something that won’t go down well in a price-sensitive market such as India. The sentiment seems to echo on Twitter too.