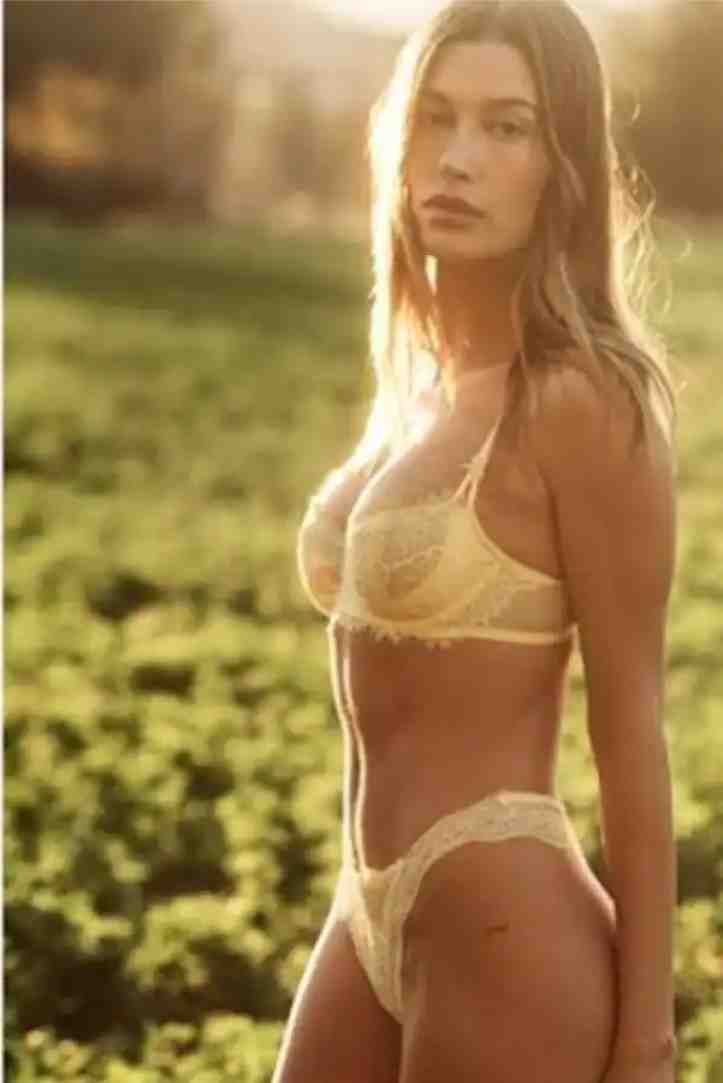 Hailey Bieber appeared in a VS ad recently in a lacy thong and bra set that created quite a flutter on Social Media.
The stunning model though has been busy launching her skincare line this month but seems to have made time to appear in Victoria’s Secret ad.

The campaign itself though a simple one, but because her presence added so much sizzle that nothing more was needed to create a very tantalizing, stunning advert.
Bieber’s undergarments were almost see-through lace fabric that left very little to the imagination, yet she covered up all the essential areas to keep the shoot classy, and sophisticated. 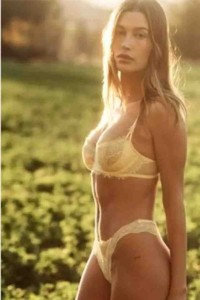 The lacy underwear had an additional top layer of lace that was as flirty as it was functional, and Bieber hooked her fingers into the sides of the undergarments giving the photograph a fun energy and a playful vibe.

Victoria’s Secret added a short caption next to the steamy image of Bieber in her lacy undergarments. “Cool down with an icy, all-over monochromatic moment.”